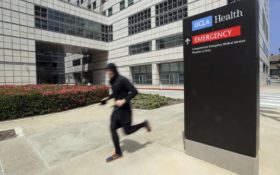 A cancer patient is the latest woman to accuse a retired University of California, Los Angeles gynecologist of sexually abusing her during treatment.

The Los Angeles Times reports the 44-year-old unnamed woman has sued UCLA and Dr. James Heaps, alleging he touched her inappropriately during a medical examination.

Heaps pleaded not guilty last week to sexual battery during his treatment of two other patients at a university facility. Heaps didn’t comment on the latest lawsuit but has repeatedly denied wrongdoing. His attorney, Tracy Green, called previous allegations meritless.

A UCLA Health spokesperson told the Times on Tuesday that the allegations in the newest lawsuit are “very disturbing.”

The newspaper says at least 22 other women have alleged Heaps sexually assaulted them while he practiced at UCLA.