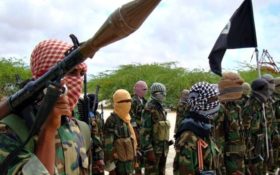 An Afghan official says a joint U.S. and Afghan military operation in eastern Paktika province killed two al-Qaeda linked leaders and led to the capture of a third.

Paktika provincial governor’s spokesman Mohammad Rahman Ayaz says the battle in a remote mountainous region on the border with Pakistan’s North Waziristan tribal region raged throughout the night and into the day Thursday.

The two men who were killed were identified by Ayaz and militants with the Tehrik-e-Taliban Pakistan as Asad Mehsud and Gul Wali Mehsud. Jamal Mehsud was arrested. Mehsud is a tribe that lives in Pakistan’s South Waziristan tribal areas.

Ayaz said the operation, which took place in Paktika’s Barmal district on the border with Pakistan, began shortly before midnight and continued until early afternoon Thursday.