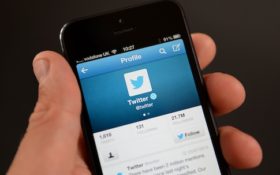 Twitter suspended at least 58 million user accounts in the final three months of 2017, according to data obtained by The Associated Press. The figure highlights the company’s newly aggressive stance against malicious or suspicious accounts in the wake of Russian disinformation efforts during the 2016 U.S. presidential campaign.

Last week, Twitter confirmed a Washington Post report that it had suspended 70 million accounts in May and June. The cavalcade of suspensions has raised questions as to whether the crackdown could affect Twitter’s user growth and whether the company should have warned investors earlier. The company has been struggling with user growth compared to rivals like Instagram and Facebook.

The number of suspended accounts originated with Twitter’s “firehose,” a data stream it makes available to academics, companies and others willing to pay for it.

The new figure sheds light on Twitter’s attempt to improve “information quality” on its service, its term for countering fake accounts, bots, disinformation and other malicious occurrences. Such activity was rampant on Twitter and other social-media networks during the 2016 campaign, much of it originating with the Internet Research Agency, a since-shuttered Russian “troll farm” implicated in election-disruption efforts by the U.S. special counsel and congressional investigations.

Twitter declined to comment on the data. But its executives have said that efforts to clean up the platform are a priority, while acknowledging that its crackdown has affected and may continue to affect user numbers.

Twitter said in April it had 336 million monthly active users, which it defines as accounts that have logged in at least once during the previous 30 days. The suspended accounts do not appear to have made a large dent in this number, which was up 3 percent from a year earlier. Twitter maintains that most of the suspended accounts had been dormant for at least a month, and thus weren’t included in its active user numbers.

Michael Pachter, a stock analyst with Wedbush Securities, said he thinks the purge late last year may have been part of an initial sweep of inactive accounts that had little effect on activity or advertising revenue. But he said he expected advertising revenue to fall 1 to 2 percent due to the more recent purge last week, when Twitter said it was removing frozen accounts from follower counts.

He expects the company to be upfront about the impact when it announces quarterly earnings on July 27, and said the cleanup is good for users and advertisers. “They’re certainly doing the right thing,” he said.

Scott Kessler, an analyst with CFRA who has a “sell” rating on Twitter stock, said multiple reports and vague clarifications by executives are creating uncertainty about what Twitter’s numbers really mean.

The purge activity “adds a level of uncertainty,” he said. “As an analyst, I want a more genuine view of the user base.”

Chief Financial Officer Ned Segal said in February that some of the company’s “information quality efforts” that include removing accounts could affect monthly user figures. Segal offered no specifics.

Six months later, in late June, Twitter disclosed that its systems found nearly 10 million “potentially spammy or automated accounts per week” in the month of May, and 6.4 million per week in December 2017. That’s up from 3.2 million per week in September. The company didn’t say how many of these identified accounts were actually suspended.

Following the Post report, which caused Twitter’s stock to drop sharply, Segal took to Twitter to reassure investors that this number didn’t count in the company’s user metrics. “If we removed 70M accounts from our reported metrics, you would hear directly from us,” he tweeted last Monday .

Shares recovered somewhat after that tweet. The stock has largely been on an upswing lately, and more than doubled its value in the past year.

Twitter is taking other steps besides account deletions to combat misuse of its service, working to rein in hate and abuse even as it tries to stay true to its roots as a bastion of free expression. Last fall, it vowed to crack down on hate speech and sexual harassment and CEO Jack Dorsey echoed the concerns of critics who said the company hasn’t done enough to curb such abuse.