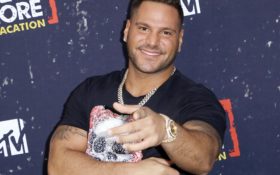 “Jersey Shore” star Ronnie Ortiz-Magro’s on-again-off-again girlfriend got a new lawyer to defend her on a misdemeanor allegation that she attacked Ortiz-Magro at a Las Vegas club on New Year’s Eve.

Jennifer Annette Harley made a brief appearance Wednesday before a judge who set another hearing June 12 to let her court-appointed attorney and prosecutors confer.

The 32-year-old Harley and the MTV reality show star have a daughter together, and court records show misdemeanor domestic battery charges against her in 2016 and 2018 were dismissed.

Harley was arrested last week after Las Vegas police responding to her report of a man in a van with a gun learned she was sought on a warrant in the Dec. 31 incident at Hustler Night Club.