Popular TV host just made a SHOCKING move (she quit because...) - The Horn News 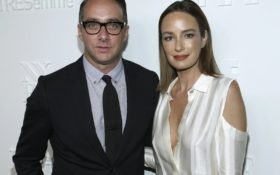 Television host Catt Sadler of E! News is jumping ship with a complaint about her paycheck.

Sadler, a co-host of “Daily Pop” on the E! Entertainment network, said she’s leaving after learning that on-air partner Jason Kennedy makes nearly twice as much money as she does.

Sadler said she had to take a stand, arguing in an online statement that “how can we make it better for the next generation of girls if we do not stand for what is fair and just?”

The network wouldn’t discuss salaries, but said in a statement that it compensates employees fairly and appropriately based on their roles, regardless of gender. Kennedy has more extensive duties than Sadler at E!, including work on the network’s profitable red carpet franchise