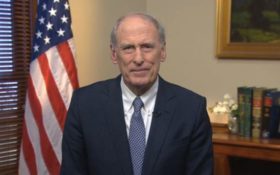 President Donald Trump’s pick for national intelligence director has cleared a hurdle in the Senate.

The vote, 88-11, on Wednesday all but ensures former Indiana Sen. Dan Coats will be confirmed by the Senate.

Coats would replace James Clapper, who retired at the end of the Obama administration.

North Carolina’s Sen. Richard Burr, the committee’s Republican chairman, says Coats will lead with integrity and would never jeopardize the line between “what is legal and what is not.”

As the Trump administration’s top intelligence official, Coats would oversee 16 other intelligence agencies that have, at times, been criticized by Trump.

Coats would also be a key player in the government’s ongoing investigation into Russia’s interference in the 2016 election.