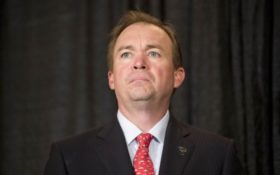 President Donald Trump’s choice to run the White House budget office has cleared a routine Senate hurdle. But at least two senior Republicans have voiced doubts about supporting him in Thursday’s confirmation vote.

Rep. Mick Mulvaney is a tea party congressman from South Carolina who has attracted opposition from Armed Services Committee Chairman John McCain. McCain says Mulvaney’s record of support for the Pentagon budget is too soft.

The Senate voted 52-48 along party lines to advance Mulvaney’s nomination to a final vote on Thursday. The outcome there is in some doubt.