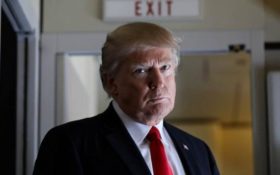 President Donald Trump proved he will not be weak on terror and was credited for saving thousands of lives, but of course, the mainstream media is silent.

U.S. ambassador to the United Nations, Nikki Haley, credited Trump’s warning to Syria not to commit another chemical attack for stopping the Assad regime from carrying another one out.

“I can tell you that due the president’s actions, we did not see an incident,” Haley said at a House Foreign Affairs Committee hearing.

“What we did see before was all the same activity we had seen prior, for the April 4 chemical weapons attacks. And so I think that by the president calling out Assad, I think by us continuing to remind Iran and Russia that while they choose to back Assad, that this was something we were not going to put up with. So I would like to think that the president saved many innocent men, women and children.”

Defense Secretary James Mattis backed up her claims, saying, “it appears that they took the warning seriously. They didn’t do it.”

Syria’s government and its ally Russia accused Washington on Thursday of concocting a “provocation” in Syria, which would then be blamed on President Bashar Assad’s government as alleged use of chemical weapons to justify an attack.

But previous identical preparations followed by mass carnage of Syrian civilians at the hands of Assad quickly debunk their “provocation” claim.

That is the same base from which the Syria air force launched an attack in April that the U.S. and others said used lethal chemicals to kill civilians. Syria denied the charge.

A Monday evening statement by White House Press Secretary Sean Spicer said the U.S. had “identified potential preparations for another chemical weapons attack by the Assad regime that would likely result in the mass murder of civilians, including innocent children.”