What Trump said has NFL owners FREAKING OUT - The Horn News 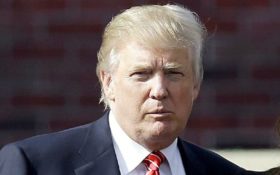 NFL owners have their backs against the wall — and they’re not happy with President Donald Trump’s latest proposal.

Trump is suggesting the U.S. change its tax laws to punish organizations like the NFL if members are “disrespecting” the national anthem or flag.

Why is the NFL getting massive tax breaks while at the same time disrespecting our Anthem, Flag and Country? Change tax law!

Across the board NFL viewership is down heavily in recent weeks, causing at least two owners to break with players and demand they stand during the anthem.

Cowboys owner Jerry Jones has announced that all his players will stand and honor the flag, or they’d be immediately benched.

“We know that there is a serious debate in this country about those issues, but there is no question in my mind that the National Football League and the Dallas Cowboys are going to stand up for the flag. So we’re clear,” Jones said Sunday.

“Additionally, Miami Dolphins owner Stephen Ross said he changed his view on how his team should handle the national anthem. Ross said because Trump made standing for the national anthem about ‘patriotism,’ he evolved the way he looks at the protest,” Fox News reported Monday.

ESPN analyst Jemele Hill targeted Jones on Twitter on Sunday after the Dallas Cowboys owner stated that players who disrespect the flag would not play for his team. She suggested fans who disagree with Jones should boycott the team’s advertisers and not buy the team’s merchandise.

She was swiftly suspended by the besieged network that, like the NFL, has seen ratings drop rapidly in recent years.