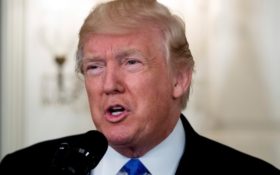 The Washington Post reported late Wednesday that the special counsel appointed to investigate Russian influence in the 2016 presidential campaign is now examining whether President Donald Trump tried to obstruct justice.

The Post report cited anonymous sources who were briefed on requests made by investigators. It was not known whether the FBI was the source of the information. The New York Times also reported the story.

While the liberal media erupted in a frenzy over the report, President Donald Trump seems confident the investigation will uncover no obstruction, tweeting:

They made up a phony collusion with the Russians story, found zero proof, so now they go for obstruction of justice on the phony story. Nice

You are witnessing the single greatest WITCH HUNT in American political history – led by some very bad and conflicted people! #MAGA

Mark Corallo, a spokesman for Trump’s personal lawyer, had responded Wednesday evening to the Post report by saying: “The FBI leak of information regarding the president is outrageous, inexcusable and illegal.”

Following former FBI Director James Comey’s testimony, which experts ruled vindicated Trump on any wrongdoing, liberals have been rabidly attempting to find some blame to place on the president.

Mueller met Wednesday with the leaders of the Senate Intelligence Committee in an effort to ensure their investigations don’t conflict.

The leaders of the Senate Intelligence committee said in a statement issued Wednesday that they “look forward to future engagements” with Robert Mueller.