The Trump photo that liberals HATE - The Horn News 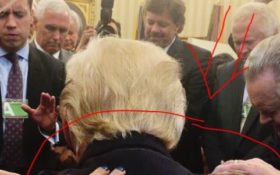 President Donald Trump and Vice President Mike Pence invited evangelical leaders from around America to pray with them the Oval Office on Tuesday.

When Liberty University’s Johnnie Moore, Jr., who serves on the White House’s evangelical advisory board, snapped a picture of their prayer and posted it on Twitter, the imagine quickly went viral.

The photo had Christian Americans shouting, “Amen!” — and the response drove liberals across the country into fits of anger.

This photo makes me ill

It shows Trump and Pence in a solemn moment of prayer, with evangelical leaders beseeching God for protection and guidance — and liberals hate that it shows Trump’s fellow Christians ‘laying hands’ on the president. 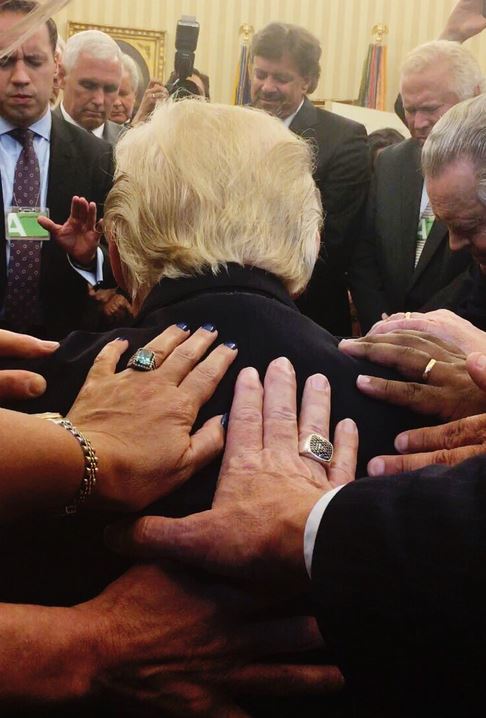 Well, not to us at The Horn News.

Instead, this photo has us shouting, “Amen!”