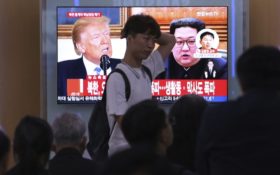 Trump says in a letter to Kim released Thursday by the White House that based on the statement, he felt it was “inappropriate, at this time, to have this long-planned meeting.”

The president says the North Koreans talk about their nuclear capabilities, “but ours are so massive and powerful that I pray to God they will never have to be used.” 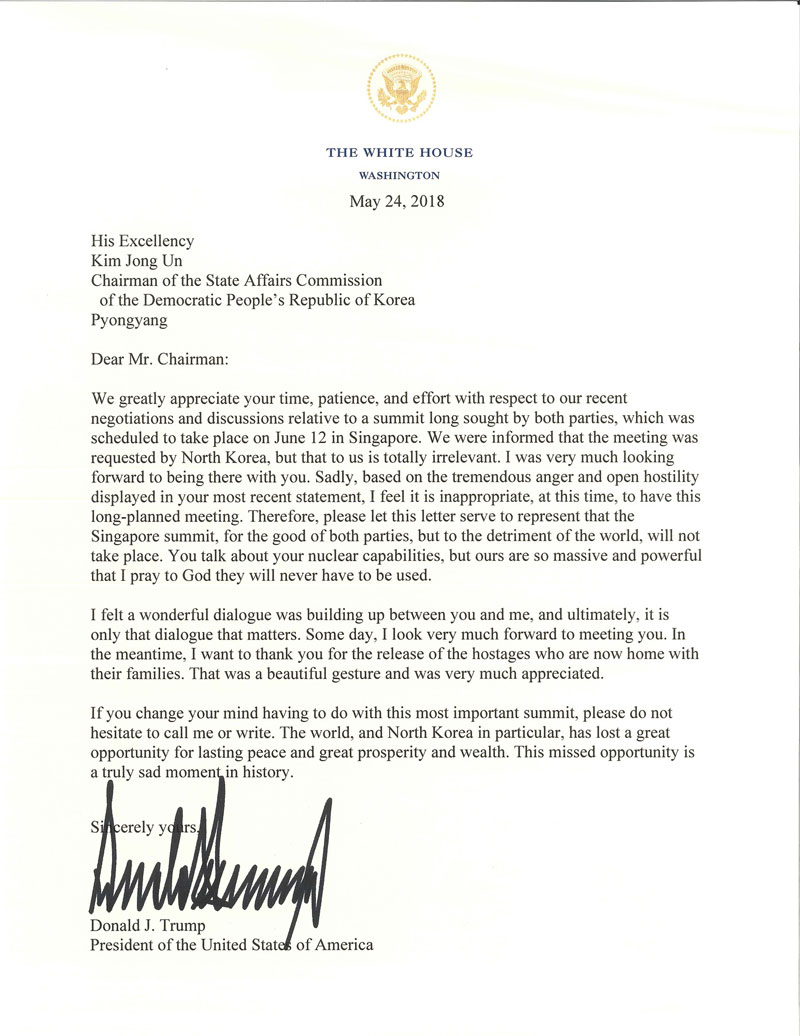 The summit cancellation was announced just mere hours after North Korea announced that Kim Jong Un made good on his promise to demolish North Korea’s nuclear test site, which was formally closed in a series of huge explosions Thursday as a group of foreign journalists looked on.