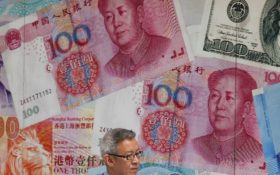 President Donald Trump since the beginning of his presidency has taken bold action to crack down on the Fake News media spreading disinformation in the United States.

The Trump administration shut down a radio station owned by Phoenix TV, yanking the station off the airwaves. It also labeled four other Chinese “news agencies” operating on U.S. soil as “foreign missions” that are “substantially owned or effectively controlled” by the Chinese Communist government.

The action is necessary to increase the “transparency of these and other PRC government propaganda activities in the United States,” a State Department spokesman said.

This closes a loophole that China used to undermine the United States with its own citizens—and keep its hooks in the minds of the 2.5 million Chinese immigrants living within our borders.

The FCC turned down a permit for the radio station, XEWW-AM, because its owners “failed to include in their application a key participant, Phoenix Radio, which produces the Mandarin programming in its studio.” The CCP has an “extensive role” in controlling the station’s message, an FCC spokesperson told the Washington Free Beacon.

But the station didn’t quit: It simply piggybacked off radio towers based in Mexico to broadcast its message back into America.

Lowering the boom on Phoenix media programs surely brought a smile to Trump’s face. He has a very personal history with the company. The mainstream media melted down in April when President Trump asked a Chinese reporter for Phoenix TV if she was “working for China.”

Now, Phoenix is shut down and won’t be rising from the ashes … and it’s not the only media channel feeling the sting.

The Trump administration was quick to say it’s not placing any “restrictions on what the designated entities may publish in the United States. It simply recognizes them for what they are.”

Simply put, it’s mouthpieces for the Communist government in Beijing.

This is another example of Trump’s tough-as-steel approach to China, America’s top strategic rival, which has seen him slap tariffs on Chinese imports, prosecute its spy rings, and expose the way its lies needlessly turned the Wuhan Flu from a local outbreak into a global pandemic.

A month later, he ratcheted down the number of Chinese “journalists” allowed to work in the U.S., forcing the Fake News outlets to send 60 reporters back to China.

Trump’s saying if China wants to psychologically manipulate the American people, they’ll have to rely on the mainstream media. China retaliated in March by revoking the press credentials and kicking three reporters for The New York Times, The Washington Post, and The Wall Street Journal out of the country.

That’s pretty ironic, since these mainstream media operations have helped China spread its propaganda messages throughout the West.

WaPo accuses the Trump administration of suppressing the First Amendment and slugs all its stories with the slogan, “Democracy Dies in Darkness.” But the capital city’s top paper has published Chinese and Russian propaganda with only a small print warning that it’s not part of the newspaper.

The paper also ran a paid supplement for the Russian government. “We have accepted the China Daily and Russia Beyond the Headlines ads for years,” Post spokeswoman Kris Coratti admitted in 2015.