Trump, Corker clash ahead of meeting - The Horn News 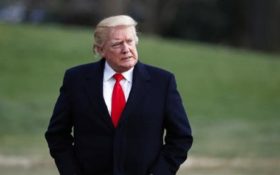 President Donald Trump wants the establishment to get on-board with his tax plan — but the “swamp” in Washington, D.C. is resisting just about every move Trump makes.

In an attempt to heal the party divisions, Trump invited Republican senators on Capital Hill to join him for lunch Tuesday — but was drawn into a fight with Republican Sen. Bob Corker later that same morning.

In a furious exchange of tweets and counter-tweets, President Donald Trump said Tuesday that Republican Sen. Bob Corker “couldn’t get elected dog catcher,” and the senator fired back that Trump was “utterly untruthful.”

The latest battle with the establishment comes as Congress turns it’s focus to overhauling the nation’s tax code.

Corker said on NBC’s “Today” Tuesday that the Republican-led Congress should set the course on taxes after Trump shot down at least one GOP idea on retirement plans on Monday.

Asked if Trump should leave establishment politicians alone, Corker said, “I think that’s the best way for us to have success.”

That prompted an angry Twitter response from the president, who said —

…Corker dropped out of the race in Tennesse when I refused to endorse him, and now is only negative on anything Trump. Look at his record!

Corker, the Senate Foreign Relations chairman, has previously dubbed the White House an “adult day care center” and charged that Trump could be setting the nation on a path to World War III. Trump has called Corker “Liddle’ Bob Corker.”

Nonetheless, Republicans and the Trump administration are determined to get tax legislation into law this year, and all sides seem to think they can unite around that goal.

Sen. John McCain, R-Ariz., implicitly criticized Trump on Monday, though not by name, for getting a draft deferment during Vietnam for bone spurs in his foot. And Trump spent much of August lashing out at Majority Leader Mitch McConnell, R-Ky., and blaming him for the Senate’s continued failure to pass legislation to repeal and replace “Obamacare.”

No. 3 Senate Republican John Thune of South Dakota said he hopes to hear Trump “drive home the message that he wants to be a partner, a constructive partner that helps us get accomplishments that help everybody.”

“If you have people who are running for re-election next year, whether it’s a House member or one of the senators who’s up this year, I think the best thing you can go back and talk about is that you got results,” Thune added. “And I think that to the degree the president delivers that message it will be very well received by Republican senators.”

The tax plan crafted by Trump and Republican leaders calls for steep tax cuts for corporations and potentially for individuals. It would double the standard deduction used by most Americans, shrink the number of tax brackets from seven to three or four, and repeal inheritance taxes on multimillion-dollar estates. But crucial details of the plan have yet to be worked out, notably what income levels would fit with each tax bracket.