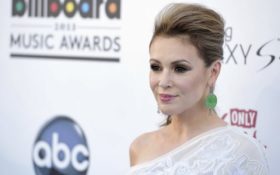 Two words sparked a rallying cry on social media Sunday– and these two simple words shared by internet users shut down Hollywood liberals like Hilary Clinton and Mayim Bialik with a one-two punch.

“Me, too”: the two words that showed victims of sexual harassment and sexual abuse in liberal Hollywood wasn’t isolated — and that the problem is far larger than anyone could have ever imagined.

Actress Alyssa Milano took to Twitter Sunday afternoon with the phrase and stated that a friend suggested the idea. The hashtag rapidly spread on Twitter and became a trending topic.

If you’ve been sexually harassed or assaulted write ‘me too’ as a reply to this tweet. pic.twitter.com/k2oeCiUf9n

Following the Harvey Weinstein scandal, dozens of celebrities have come forward and shared their stories of liberals in Hollywood using their power to get away with sexual assault.

Sunday’s social media trend was no different–numerous celebs flooded Twitter with their own stories and shared their support for other victims.

2 One guy hunted down my private cell phone number, called when police were here, threatened to shoot me in my front yard. #MeToo

Because I was shamed and considered a "party girl" I felt I deserved it. I shouldnt have been there, I shouldn't have been "bad" #metoo

By Monday morning, the hashtag #MeToo had been used roughly 200,000 times. Supporters of the victims also took to social media to share the hashtag #IBelieveYou in encouragement of all those brave enough to share their stories.

The out-pour on social media comes at a time when other Hollywood liberals are mocking the horrific, and ever increasing allegations by framing sexual harassment as a problem only for ‘some girls’.

Actress Mayim Bialik’s shared an op-ed titled “Being a Feminist in Harvey Weinstein’s World,” implying that only pretty girls who celebrate their physical beauty are subject to harassment. Bialik, an outspoken liberal activist, implied dressing more modestly is the solution to not being sexually assaulted by liberal producers.

In an interview with NPR Hilary Clinton referenced misogyny and how it may have been the demise of her presidential campaign in 2016.

“When women are serving on behalf of someone else, as I was when I was Secretary of State, for example, they are seen favorably, but when they step into the arena and say, ‘Wait a minute, I think I could do the job, I would like to have that opportunity,’ their favorabilities goes down.”

Previously, however, Hillary used much of her energy shaming and discrediting the multiple victims that have come forward and accessed her husband, former President Bill Clinton, of violent rape.

There’s no more silence. The #MeToo campaign launched an important discussions among victims.

The creepy liberal predators in Hollywood should take notice.