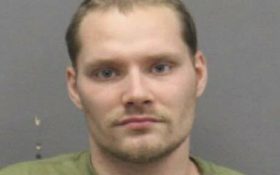 Two missing women and a missing teenage girl were shot to death by a carnival worker who met them through the traveling show, authorities in Virginia say.

James Michael Wright, 23, is accused of killing the women in February and March near his home in a far western corner of rural Virginia.

Newman said the killings stopped shortly after Wright’s truck was damaged in an accident. He said Wright could be classified as a serial killer.

Wright became acquainted with two of the victims through working as a subcontractor for the James H. Drew Carnival, the sheriff said. The 17-year-old was the daughter of one of Wright’s co-workers.

Newman said the investigation is continuing into Wright’s activities with the Georgia-based carnival, which he said traveled extensively.

“We have plans of contacting jurisdictions where that carnival very well may have been to see if they have missing persons,” Newman said.

Instead, Wright worked “from time to time” with a traveling livestock show called “Pony Express,” the statement said. The show involved horses and other animals and traveled to fairs, festivals and racetracks in the southeastern U.S.

“The owner of Pony Express has stated to us that he parted ways with Mr. Wright last year,” the statement said.

“We will pray for the families of the victims and continue to work with law enforcement,” the company said.

The carnival’s statement included a phone number for the owner of Pony Express. He did not immediately return a phone message seeking comment.

The investigation into Wright began about two weeks ago, authorities said. Police in Johnson City, Tennessee, who were searching for Hopson, zeroed in on Wright because he was the last person seen with her.

A police interview with Wright led to a search of his truck. Hopson’s cellphone was found inside, police said.

Wright eventually confessed to killing Hopson and the two other women, Vanmeter and Alsup, police said.

Two bodies were recovered near Wright’s home, one from a shallow grave and another near some logs, police said.

Authorities say they are still looking for Hopson’s remains. They said Wright claims he put her body into a river after it fell out of his truck.

According to police, Wright has claimed the deaths were accidental.

Citing court documents, WJHL-TV reported that Wright told investigators he shot and killed Vanmeter after a fight. He claimed he was trying to shoot an animal when he shot the 17-year-old. And he told investigators that he shot Hopson after he tripped and fell.

Wright has been charged with three counts of capital murder, for which the punishment can be death or life in prison without parole, said Barry L. Proctor, Wright’s court-appointed attorney.

Proctor told The Associated Press that he’s had one short meeting with Wright but cannot discuss the conversation. Proctor added that he hasn’t seen a written summation of Wright’s statements to police or video or audio of his conversations with them.

“We don’t take a position quite yet on the statements that are there or whether they’re truthful or not,” Proctor said.