(Tragic) Teen admits to gunning down grandparents - The Horn News 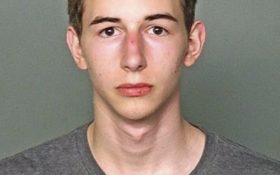 A 17-year-old told investigators that he fatally shot his grandparents and was planning to cause harm at his eastern Wisconsin high school, police said Monday.

Police officers responding to a 911 call for assistance found the bodies of 74-year-old Dennis Kraus and 73-year-old Letha Kraus at their home in Grand Chute about 11:30 a.m. Sunday, Officer Travis Waas said. He declined to release details of the call.

Police arrested their grandson, Alexander M. Kraus at the couple’s home, Waas said. Kraus, who lives in nearby Neenah, admitted that he shot the couple, Waas said. Wass declined to comment on the nature of Kraus’ plans at his school or the severity of the threat. Police also released no information on why the couple was shot.

Kraus was being held in the Outagamie County Jail and has not yet been charged. Police said in a news release that he could be charged with two counts of first-degree intentional homicide. Each charge would carry a life sentence. An initial court appearance was set for Tuesday afternoon.

Wass said he didn’t know whether Kraus had an attorney who could comment on the allegations. Online court records didn’t list his case as of Monday afternoon.

Wisconsin is one of six states that treat 17-year-olds as adults in the criminal justice system. Democratic Gov. Tony Evers has included provisions in his state budget that would move 17-year-olds back into juvenile court.

A long gun believed to have been used in the crime was recovered at the grandparents’ house, Waas said.

Kraus also told investigators about his plan to cause harm at Neenah High School, where he was a junior, Waas said. He said investigators recovered documentation related to that plan.

He said more details would be included in charging documents Tuesday.