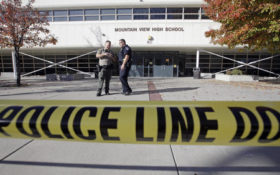 The body of a Florida woman who had been missing for six years was found inside a freezer at a scrap warehouse.

The business owner said Friday she opened the freezer and found the body of 35-year-old Heather Lacey last month.

Lacey’s father told the Sun Sentinel he hadn’t heard from her since Thanksgiving 2013.

The discovery came after Jonathan Escarzaga was found dead inside his apartment in February. The freezer had been in his apartment and was moved to the scrap warehouse after the apartment manager hired a company to remove the appliances.

Warehouse owners said Friday the freezer wasn’t locked. They opened it about a month after Escarzaga’s death and found the missing woman.

Police haven’t said whether Escarzaga played a role in her death or if the two knew each other.