Tourist hits $2.1M Las Vegas jackpot! (here's how she did it) - The Horn News 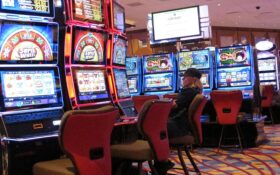 A tourist from Alaska visiting the Las Vegas Strip won more than $2.1 million after putting $40 into a Monopoly Millionaire slot machine at The Cosmopolitan, the resort-casino said in a statement on Monday.

“On Sunday, April 25 Monopoly Millionaire lived up to its name,” representatives of the company said in a statement.

The jackpot was hit at 7:52 p.m. and the winner was not a guest at the Cosmopolitan, the Las Vegas Review-Journal reported. The winner’s name has not been released.