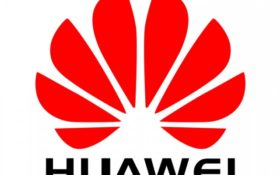 Canadian authorities said Wednesday that they have arrested the chief financial officer of China’s Huawei Technologies for possible extradition to the United States.

McLeod said a publication ban had been imposed in the case and he could not provide further details. The ban was sought by Meng, who has a bail hearing Friday, he said.

Meng is also deputy chairman of the board and the daughter of company founder Ren Zhengfei.

Huawei issued a statement saying Meng was changing flights in Canada when she was detained “on behalf of the United States of America” to face “unspecified charges” in New York.

“The company has been provided very little information regarding the charges and is not aware of any wrongdoing by Ms. Meng,” the statement said.

Huawei said it complies with all laws and rules where it operates, including export controls and sanctions of the United Nations, the U.S. and European Union.

A foreign ministry spokeswoman, Hua Chunying, said then that China opposes any country imposing unilateral sanctions based on its own law.

Asked about the report that Huawei was under investigation, Hua said in April, “We hope the U.S. will refrain from taking actions that could further undermine investor confidence in the U.S. business environment and harm its domestic economy and normal, open, transparent and win-win international trade.”

Trump has threatened to raise tariffs on Chinese goods in response to complaints that Beijing improperly pressures foreign companies to hand over technology. That is widely seen as part of a broader effort by Washington to respond to intensifying competition with Chinese technology industries that Trump says benefit from improper subsidies and market barriers.

“Sometimes Chinese aggression is explicitly state-sponsored and sometimes it’s laundered through many of Beijing’s so-called ‘private’ sector entities that are in bed with Xi’s communist party,” the Nebraska Republican said in a statement. “Americans are grateful that our Canadian partners have arrested the Chief Financial Officer of a giant Chinese telecom company for breaking U.S. sanctions against Iran.”