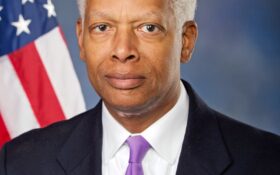 President Joe Biden has acknowledged illegally keeping classified documents in his Delaware garage next to his Corvette, and he’s found himself in a massive scandal.

One House Democrat is demanding an investigation… but not for the usual reasons.

Rep. Hank Johnson, D-Ga., wants an investigation into a conspiracy theory he developed: Biden was framed. Speaking to reporters, Johnson was just asking questions about the documents’ timely appearance in Biden’s garage.

“My response to it all is that alleged classified documents showing up allegedly in the possession of Joseph Biden — y’know — there’s so much that needs to be investigated. That’s what I call for, is for everything to be investigated,” FOX Business correspondent Hillary Vaughn.

If anything, Biden may have benefitted from the timing of this scandal. He didn’t have to deal with it during the midterm elections.

Biden claims not to have known about the documents.

Johnson, who has represented part of Atlanta and some of its suburbs since 2007, has earned a certain reputation in Congress. In 2014, Johnson was voted the “Most Clueless” member of Congress, in Washingtonian magazine’s 15th annual survey of congressional staffers.

In 2010, Johnson went viral for saying that the island of Guam, a U.S. territory, might “tip over and capsize” due to overpopulation.

“I don’t know how many square miles that is,” Johnson said, in a video with 2.9 million views on YouTube. “My fear is that the island might become so overly populated that it would tip over and capsize.”

He’s also gone viral for rambling about helium balloons on the House floor.

“Imagine, Mr. Speaker, a world without balloons,” Johnson said on the House floor. “Too often, this body [of Congress] has sat deflated.”

Johnson’s office later described the Guam remark as a deadpan joke. Maybe he’ll make a similar excuse for spreading his conspiracy theory about the classified documents.

Rep. Hank Johnson (D-GA) says he is "suspicious" of the classified docs that were found at Biden's home and office

This is the same guy who said Guam might tip over and capsize in the ocean from overpopulation pic.twitter.com/X524WC4zoy

Hank Johnson: "Mr speaker, imagine a world without balloons, the injustice of there being no helium for comedians.." pic.twitter.com/8dobQBsBW5