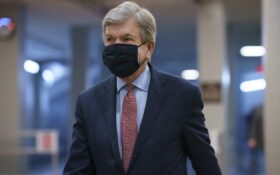 Republican Sen. Roy Blunt of Missouri in a surprise announcement Monday said he will not seek a third term in the U.S. Senate, leaving the seat open for a deep bench of young, ambitious potential GOP candidates.

Blunt, who turned 71 in January, was widely expected to seek a third term in 2022. Before election to the Senate he served seven terms in the U.S. House. He also served two terms as Missouri’s secretary of state from 1985 to 1993.

“In every job Missourians have allowed me to have, I’ve tried to do my best,” Blunt said in his announcement made via video. “In almost 12,000 votes in the Congress, I’m sure I wasn’t right every time, but you really make that decision based on the information you have at the time.

Blunt is the No. 4 in Senate Republican leadership and is the fifth Senate Republican to decide against running for reelection in 2022. The others are Pat Toomey of Pennsylvania, Rob Portman of Ohio, Richard Shelby of Alabama and Richard Burr of North Carolina.

Two other Republicans — Sens. Charles Grassley of Iowa and Ron Johnson of Wisconsin — have not yet said whether they plan to seek reelection.

The open seats will set up contested primaries likely to highlight divisions between far-right, Donald Trump-aligned Republicans and the old guard. In Ohio, Pennsylvania and North Carolina, in particular, Democrats have hopes of winning seats.

Democratic aspirations are muted in Missouri, which was for decades a swing state but has moved decidedly conservative in recent elections. After former Democratic U.S. Sen. Claire McCaskill lost her seat to Republican Josh Hawley in 2018, there’s only one statewide elected Democrat remaining in office: Auditor Nicole Galloway.

But there is a deep bench of Republicans serving in statewide seats who could make a bid to replace Blunt, including Secretary of State Jay Ashcroft, Treasurer Scott Fitzpatrick and Attorney General Eric Schmitt. All three are in their 30s or 40s.

Lt. Gov. Mike Kehoe also in a Monday statement hinted that he’s considering a run, saying that he and his family will talk “about how I can best contribute to the future of our great state.”

Other possible Republican candidates include former Gov. Eric Greitens, who resigned amid fallout from a sex scandal and ethics investigations in 2018.

“Many Republicans are going to take a serious look at this race,” longtime Missouri GOP political operative John Hancock said. “It’s an extremely important seat in the U.S. Senate. Control of the U.S. Senate is on the ballot in 2022.”

After a failed gubernatorial bid in 1992, Blunt was elected to the House in 1996 and reelected six times, winning by wide majorities each time. He was House majority whip from 2003 to 2007.

After incumbent Republican Sen. Kit Bond announced his retirement in 2009, Blunt ran for the vacated seat and defeated Democrat Robin Carnahan by a 54% to 41% vote in 2010. He narrowly won reelection in 2016, defeating Democrat Jason Kander by less than 3 percentage points.

Hancock said after decades in service, “at some point it’s just enough.”

“Campaigns are incredibly difficult things, and they require incredible amounts of time and commitment,” Hancock said. “Sen. Blunt has represented Missouri extremely well for a very, very long time, and I think for him, retirement this time around sounded like the better alternative.”

Kander indicated he wasn’t interested in trying again, noting his role as president of an organization that helps provide housing for veterans.