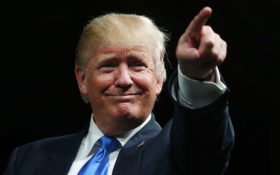 President Donald Trump’s claim that former President Barack Obama was involved in an illegal wiretap of Trump Tower during the 2016 election this month sent the mainstream media into a fury.

Despite Trump promising to offer proof of his claims “very soon”, liberal journalist attacks on Trump have been unrelenting.

The mainstream media’s bias has become so unhinged, even top Democrats have had enough.

Dennis Kucinich, a former Democratic presidential candidate, surprised everyone last week when he came forward with a message for the media: Stop the spin, and tell the truth!

“I can vouch for the fact that extracurricular surveillance does occur, regardless of whether it is officially approved,” Kucinich wrote in an article for Fox News. “I was wiretapped in 2011 after taking a phone call in my congressional office from a foreign leader. That a secret recording had been made of this call was revealed to me by the Washington Times in 2015, a full two years after I left office.”

Kucinich, who served 16 years as a Democratic congressman representing Ohio before leaving office in 2013, wrote: “I have never gone public with this story, but when I saw the derision with which President Trump’s claims were greeted — and notwithstanding our political differences — I felt I should share my experience.”

“When the president raised the question of wiretapping on his phones in Trump Tower, he was challenged to prove that such a thing could happen,” Kucinich concluded. “It happened to me.”

To his credit, Trump hasn’t backed down from his claim. The president told Fox News’ Tucker Carlson on Wednesday he would share undeniable evidence of his claims “very soon.”

Trump predicted that Americans are “going to find some very interesting items coming to the forefront over the next 2 weeks.”

“That really covers surveillance and many other things,” Trump said. “Nobody ever talks about the fact that [the claim of ‘wire tapping’] was in quotes [in my tweet], but that’s a very important thing.”