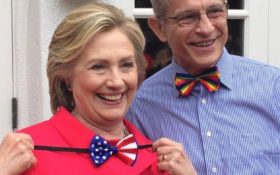 Democratic mega-donor Ed Buck told his neighbors that the steady stream of young Black men leaving his West Hollywood apartment were social work clients. What really happened behind closed doors, which he referred to as the “gates of hell,” was far more sinister.

The men did not need Buck’s help — they needed to be saved from him, said federal prosecutors in Los Angeles said. Some barely escaped with their lives. Two men didn’t.

Buck, 67, a wealthy, gay, white donor to Democratic causes, was sentenced Thursday in U.S. District Court to 30 years in federal prison for injecting two men with lethal doses of methamphetamine as part of a racist fetish that turned fatal.

Prosecutors, who sought a life term, said Buck had such disregard for life that even after the two deaths in his apartment, he did not stop paying homeless, gay Black men to come to his home and injecting them with dangerous doses of methamphetamine for his own sick sexual pleasure. One man overdosed twice in the course of a week.

“This defendant preyed upon vulnerable victims — men who were drug-dependent and often without homes — to feed an obsession that led to death and misery,” United States Attorney Tracy L. Wilkison said. “Mr. Buck continues to pose a clear danger to society.”

Buck was convicted in July of the distribution of methamphetamine resulting in the deaths of Gemmel Moore in 2017 and Timothy Dean in 2019. He was also convicted of four counts of meth distribution, two counts of enticing men to travel across state lines for prostitution, and a count of maintaining a drug den.

Buck managed to avoid arrest for more than two years after Moore’s death and family and community members led by political strategist Jasmyne Cannick complained that he escaped prosecution because of wealth, Democratic political ties, and race.

He donated more than $500,000 since 2000 to Democratic causes and leaders such as the Los Angeles District Attorney, former Secretary of State Hillary Clinton, Rep. Ted Lieu, and Rep. Adam Schiff. 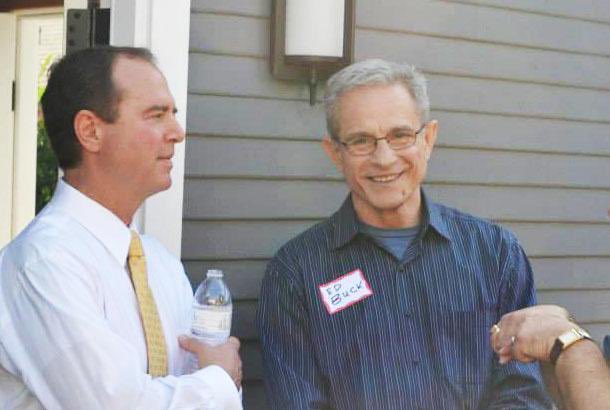 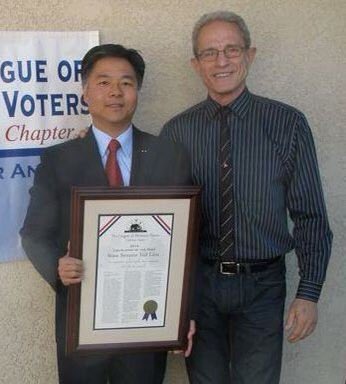 Moore’s mother, LaTisha Nixon, joined Cannick and several other friends and family members of the deceased to ask the judge for the maximum sentence. Nixon, a certified nursing assistant who said she had prayed with and comforted countless dying people, broke down as she thought of the way her oldest child died.

“All I can think about is how my son died naked on a mattress with no love around him,” Nixon said. “No one to hold his hand or tell him good things.”

Defense lawyer Mark Werksman sought a 10-year term — half of the mandatory minimum of 20 years Buck faced and well below the 25 years recommended by the probation department. He said Buck was sexually abused as a child and had health problems that led to his drug addiction, and called them mitigating factors.

He said prosecutors had cast Buck as a “sociopathic syringe-wielding sexual predator and sexual deviant who preys on homeless drug-addicted male prostitutes and kills them by recklessly overdosing them on methamphetamine.”

“But there’s a second Ed Buck, a redeemable, a worthy, a valuable Ed Buck who deserves this court’s compassion and mercy,” Werksman countered.

Buck made his first public remarks since his arrest in September 2019, apologizing for “my part in the tragic deaths” of Moore and Dean, whom he said were friends he loved — not racist sex toys he used and threw away when he’d killed them. In a husky voice, he said he had not caused their deaths but expressed condolences to their families — something they said he never did after their deaths.

Buck, who worked as a model and then made a fortune selling an Arizona company he rescued from bankruptcy, said he tried to live a good life devoted to Democratic political causes that would make his world a better place.

His political activism began with efforts in 1987 to recall Republican Arizona Gov. Evan Mecham, who was ultimately convicted in an impeachment trial and kicked out of office. Buck said he started an AIDS information organization in the 1980s, marched for gay and human rights, and championed a ban on fur sales in West Hollywood.

“Look at the good I have done and the good I may still do and not the horrible caricature that the government painted me as a meth-fueled ax killer,” Buck said. “That’s not who I am.”

Judge Christina Snyder said the case was one of the most difficult and tragic ones she had presided over. She said Buck’s “horrific crimes” were reprehensible and more than just an accident.

Assistant U.S. Attorney Chelsea Norell objected to the 30-year sentence, arguing that the mandatory minimum sentences for each death add up to 40 years.

“He is effectively getting one kill and one kill 50% off,” Norell said.

Family members of Dean and Moore said they were disappointed he didn’t get a life sentence but were happy Buck was going away for a long time. They said his apology had come too late to seem sincere.

“That’s not love when you kill someone,” said Dean’s sister, Joann Campbell. “That was just something he was saying … to get some sympathy from the judge. But I don’t believe and buy any of it.”

Even after Dean’s death, Buck remained undeterred, Norell said. Holed up in a hotel to avoid the police, he injected Dane Brown with back-to-back “slams” of methamphetamine.

Brown, who was Black and homeless, later moved into Buck’s apartment, where he was injected with meth most days and often several times a day.

On Sept. 4, 2019, after Buck shot him up three times with back-to-back doses, Brown was hospitalized for overdosing. He had five times the meth in his system that Moore and Dean had when they died, prosecutors said.

Brown returned less than a week later and Buck injected him three times with meth. Brown said he was overdosing again. He was exhausted and weak but Buck refused to call an ambulance.

“I can’t run, I can’t move and it’s like all my energy was being sapped out,” Brown recalled Thursday outside court.

That’s when he heard the voice of his late mother telling him to get up.

“At that last moment, right when I was giving up and closed my eyes, I heard the voice,” Brown said. “It’s like she lit a fire and told me to get out and get out now.”

Brown managed to get himself to a nearby gas station and was taken to the hospital. It was that incident that finally led to Buck’s arrest.

If he hadn’t made it out of Buck’s apartment, Brown said he would have died there like Moore and Dean.