Top 5 most INSANE liberal attacks on America - The Horn News 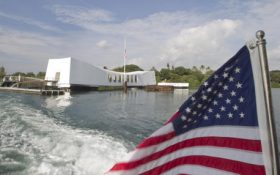 It’s Memorial Day, a time to pay our respects the brave men and women who made the ultimate sacrifice to protect the nation.

From the heroes of the Revolution to the soldiers on the front lines of the War on Terror, we thank them all for their service and sacrifice.

There was a time when that statement wouldn’t be so controversial.

But today, politically correct leftists are attacking American history at every turn. They’re burning flags, kneeling during the anthem and mocking attempts to honor the military.

Here’s a Hall of Shame of attacks on those who’ve fought to preserve our freedom and way of life so far in 2018.

BILL MAHER: The outrageous leftist sank to a new low last year when he went after the grieving widow of a fallen soldier.

“I wish she hadn’t allowed herself to be used as his prop like that,” he said, not only dismissing her husband’s service and her grief, but also dismissing her as a person.

She didn’t “allow” herself to be used.

She was invited by the commander-in-chief to accept the sympathies of a grateful nation.

“I don’t see any great courage here,” Maher sniped. “Where is the courage? Who wouldn’t stand and applaud for a war widow?”

His question was rhetorical, but it looks like the answer is Bill Maher.

STATUE REMOVED: You’d think a man who fought to defend the Union during the Civil War and end slavery, became commander-in-chief, and then died from assassin’s bullet would be a man worth honoring.

But earlier this year, angry leftists demanded the removal of a statue of President William McKinley from a California town.

The city voted to pull the statue because of his supposed “imperialist” policies and for his role in annexing Hawaii as well as Native American lands.

It’s the second indignity against the 25th president in recent years.

Mount McKinley, the highest peak in North America, was named for him until the administration of President Barack Obama changed it to Denali.

The leftist filmmaker made headlines in 2015 when he slammed military snipers as “cowards” in tweets related to Clint Eastwood’s award-winning film “American Sniper” about real-life Navy SEAL Chris Kyle, who was murdered at a shooting range in 2013.

“We were taught snipers were cowards. Will shoot u in the back. Snipers aren’t heroes. And invaders r worse,” Moore wrote on Twitter. “But if you’re on the roof of your home defending it from invaders who’ve come 7K miles, you are not a sniper, u are brave, u are a neighbor.”

Although he didn’t come out and say it, he seemed to be taking the side of Iraqi insurgents over the U.S. military.

PROM CONTROVERSY: Yes, even a simple prom can spark outrage when it comes to honoring the nation’s proud history.

Cherry Hill High School East in New Jersey scheduled its prom for the National Constitution Center in Philadelphia and promoted with the slogan “Party Like It’s 1776.”

If there’s a bone to pick with that, it’s the fact that the Constitution was ratified in 1788 and took effect in 1789; it’s of course the Declaration of Independence that was signed in 1776.

Either way, it’s a chance to honor the heroes of the Revolution and our nation’s Founding Fathers while celebrating the prom, but some took offense since the United States had slavery at the time.

While slavery is of course one of the great injustices of history, there is plenty worth celebrating about 1776 America… including America itself.

But the school caved.

“I especially apologize to our African American students, whom I have let down by not initially recognizing the inappropriateness of this wording,” principal Dennis Perry wrote on Twitter.
TRUMP INAUGURATION: Trump always seems to bring them out, right? Well, he sure made them show their true colors on the very first day of his presidency.

They closed off some of the checkpoints into the entrances, blocking veterans in uniform from attending.

“This checkpoint is closed,” they chanted at the Air Force veterans in video from once scene.

In another, a group of angry young protesters blocked a group of older veterans from entering.

Maybe they’ll have better luck – and less “resistance” – attending Trump’s next inauguration in 2021.