To get the oil, they’ll build an island - The Horn News 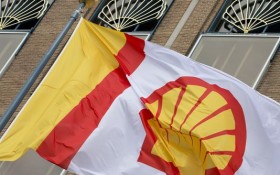 While Shell proposed exploratory wells in the Chukchi Sea about 80 miles off Alaska’s northwest coast, a Texas oil company wants to build a gravel island as a platform for five or more extraction wells that could tap oil 6 miles from shore in the Beaufort Sea.

The U.S. Bureau of Ocean Energy Management is deciding how to assess the environmental effect of a production plan for the Liberty Project by Hilcorp Alaska LLC, a subsidiary of Houston-based Hilcorp Energy Co.

A successful well would mean the first petroleum production in federal Arctic waters.

Hilcorp’s plan for a 23-acre gravel island, about the size of 17.4 football fields, has drawn mixed reviews from conservationists and outright condemnation from environmentalists who believe the oil should stay in the ground.

“The impacts of an oil spill on top of that could be devastating and would be nearly impossible to clean up,” she said.

Earlier this year, Shell met with protests in the U.S. and in London, England, over proposed exploration wells in Arctic waters far from deep-water ports and onshore services that could respond to an oil spill.

Greenpeace activists in April boarded a Shell drill rig as it crossed the Pacific Ocean from Asia. Demonstrators in kayaks protested Shell’s use of the Port of Seattle to stage vessels. In Portland, Oregon, activists dangled from a bridge to delay a support vessel departing for Alaska.

Shell drilled one Chukchi Sea exploratory well. However, on Sept. 28, citing disappointing results and an uncertain federal regulatory process, Shell announced that it was pulling out of Arctic waters “for the foreseeable future.”

Meanwhile, the Liberty Project quietly moved forward and is closer to production with the blessing of drilling advocates, including the state.

“With the recent announcement by Royal Dutch Shell regarding its Outer Continental Shelf development, the importance of Liberty Reservoir project has only increased,” Alaska Gov. Bill Walker said in an Oct. 14 letter to the Bureau of Ocean Energy Management.

Hilcorp would create the island in Foggy Island Bay, 15 miles east of Prudhoe Bay, the largest oil field in North America. Last year, Hilcorp purchased 50 percent of Liberty assets from BP Exploration Alaska, which drilled at the site in 1997 and discovered an estimated 120 million barrels of recoverable oil.

Hilcorp would place conventional wells on the island, positioning them over the oil bearing rock sitting under the ocean floor.

“It’s proven to be a safe and effective means for oil and gas development in the Arctic,” Nelson said by email. “Alaska has a 30-year record of safely operating offshore in the Arctic.”

Endicott, the first development off the shore of Alaska’s North Slope, has operated from an artificial gravel island in state waters for almost three decades, she said. Three other fields are in production from offshore gravel islands in state waters.

For the Liberty project, trucks carrying gravel would travel by ice road to a hole cut in sea ice. The trucks would deposit 83,000 cubic yards of gravel into 19 feet of water. The work surface would be 9.3 acres surrounded by a wall, providing a barrier to ice, waves and wildlife.

Standard rotary drills would extract oil. Hilcorp would move oil by a 5.6-mile undersea pipeline to shore and overland to the trans-Alaska pipeline.

Hilcorp projects a peak production rate of up to 70,000 barrels of oil per day within two years of initial production. Over 15 to 20 years, the company predicts it would yield 80 to 150 million barrels of oil.

Lois Epstein of The Wilderness Society said her group has concerns but has not submitted formal comments.

Residents, Epstein said, worry that islands will affect the migration patterns of bowhead whales harvested by subsistence hunters. Because the oil would come from federal waters, residents would not see revenues, but would be the ones most harmed by any spill.

The project is near the Beaufort Boulder Patch, an area of undersea boulders where kelp and algae grow in contrast to the otherwise soft ocean bottom.

The environmental review won’t be completed until at least 2017, and production could be several more years off.

At the end of production, Hilcorp says it would plug the wells and remove slope protection, allowing ice and waves to erode the island.