This obituary helped locate a 1981 prison escapee - The Horn News 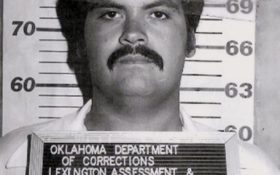 The U.S. Marshals Service says 58-year-old Stephen Michael Paris was arrested without incident Thursday at an office in Houston where he worked under a pseudonym.

The agency says investigators tracked him down after an obituary for his mother in Houston listed a son named Stephen Chavez, the same alias Paris used while living and working in the Houston area. Fingerprints confirmed his identity.

Paris escaped from the Jess Dunn Correctional Center in Muskogee, Oklahoma, in October 1981. He escaped after serving about 19 months of a nine-year sentence for drug possession and distribution.

He was also featured on the Oklahoma Department of Corrections’ “Most Wanted” list.