This Halloween decoration scared her neighbors so bad, they called the cops! - The Horn News 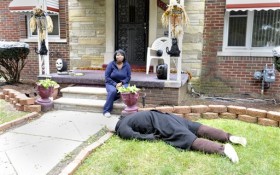 Spooky, but safe! A dummy placed face down in a Detroit woman’s front yard as a Halloween prank has prompted repeated visits by police.

By Friday, there were no calls. “Just a dummy,” says Officer Shanelle Williams.

Haddon says she puts the dummy face down in a different location in her yard every morning and watches the reactions from passers-by as she sips coffee. She says some have attempted CPR and “once they find out it’s a dummy, it’s so hilarious.” 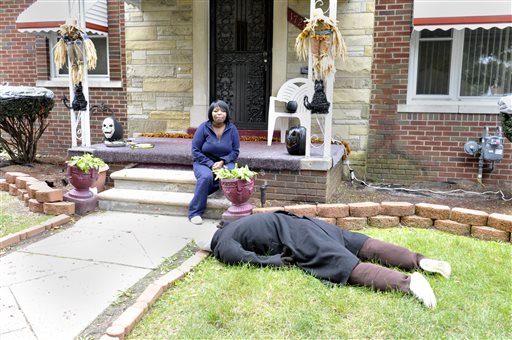