This COVID-19 bombshell changes everything... - The Horn News 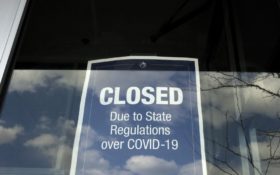 A stunning new report finds the coronavirus infection may have been “spreading virulently” through Wuhan, China months before Beijing alerted the world to the outbreak.

That could significantly change the timetable of the pandemic’s origins – and it raises new questions about how the pandemic began, when communist party leaders became aware of it, and what they shared with the rest of the world.

Internet 2.0, an Australian cybersecurity firm specializing in digital forensics, said it found a sudden and rapid increase in purchases of polymerase chain reaction (PCR) equipment used to test for viral infections in the Wuhan area in mid-2019, according to The Independent.

The firm said that dramatic change in purchasing behavior indicates with “high confidence that the pandemic began much earlier than China informed the WHO about Covid-19.”

Much of that spending took place well before the first official coronavirus cases were reported in the final weeks of the year.

Those outbreaks ultimately led to the ongoing global pandemic, which has sickened more than 236 million – including 44 million Americans – and caused the deaths of 4.8 million globally, including more than 700,000 in the United States.

Some analysts take issue with the report, noting there could be other reasons for the sudden surge in PCR equipment as it was rapidly becoming a new standard for infectious disease testing in both humans and animals even before the coronavirus, according to Bloomberg.

That factor, and not necessarily a new virus on the scene, could potentially explain the summer surge in sales in 2019.

The company behind the analysis also said there’s more work to be done before any conclusions can be reached.

“This data does not support any origins conclusions on COVID-19 but in the future some part of this data might support an origins finding,” company leaders David Robinson and Robert Potter said in a statement cited by Bloomberg.

Nor does this report identify a specific point in time where a pandemic emerged. The fact China has gone to great lengths to ensure conclusive evidence is unobtainable means unfortunately we may have to rely on third-party data points.

Bloomberg also notes that China was dealing with an African swine fever outbreak in 2019, which could have driven sales of PCR testing.

China, however, has dismissed it.

“China’s anti-epidemic campaign is open to the world, the situation is clear, the facts are clear at a glance, and stand the test of time and history,” a spokesperson for China’s State Council Information Office told Bloomberg.

But many experts would take issue with that as the country has repeatedly stymied attempts to investigate the origins of the outbreak in Wuhan.

While China has insisted that the virus jumped naturally from animals to humans in late 2019, Dr. Anthony Fauci admitted earlier this year that he was “not convinced” the virus developed naturally.

“I think we should continue to investigate what went on in China until we continue to find out to the best of our ability what happened,” he said at the time.

The Biden administration had promised a thorough investigation of the origins, but little has come from it.

And earlier this year, China’s Communist leaders “stage-managed” the World Health Organization’s attempt to investigate the situation in Wuhan, according to NPR.

Investigators left the country with more questions than answers – and if nothing else, the new report unveils a whole new set of questions for Beijing… if the world will demand some answers.