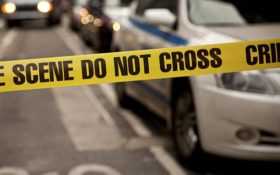 After the year 2020, it’s hard to imagine why anyone would want to live in any of the huge liberal cities in America’s Blue states.

Scenes of anti-American rioters torching police stations, vandalizing monuments of national heroes such as Abraham Lincoln, and spouting such hatred and blatant disrespect of police officers is not much of a tourism brochure.

But evidently, some people think America’s blue-state metropolises have rolled out the welcome mat for them.

Unfortunately, they’re South American criminal syndicates… and they’re smashing in the windows of the most left-wing area of the country.

Police in the San Francisco Bay area warned residents that the area has seen a massive increase in burglaries over the last four months, and they say the perpetrators are from out of town — way out of town.

Cops in the suburb of Hillsborough say a wave of jewelry robberies is the work of South American Theft Groups, or “SATGs.”

For some reason, these SATGs have chosen San Francisco as the global destination of their “criminal tourism.”

The criminals break into people’s homes while they’re away and cart off everything they can get their grubby hands on. Jewelry is one of the gangs’ favorite items to yank out of people’s bedrooms. But members have also been caught stealing SUVs out of people’s driveways and, when they had time, they even ripped a safe out of the wall and carted it off.

“Such crime rings were first investigated in Hillsborough in 2018,” police said. “Suspects often use luxury cars to easily blend into their target communities.”

On the other side of the country, a South American gang struck homes in Nassau County, New York—a ritzy suburb of New York City, where former Mayor Bill DeBlasio spent years enacting soft-on-crime policies and cutting the NYPD’s budget.

In between the two is Fishers, Indiana, a suburb of Indianapolis, which is having its own spree of robberies from SATGs. Fischer Officer Jessica Stout told local media that “a lot of these burglaries have been targeted specifically around jewelry, so more high-end homes, their jewelry is stored out in the open and they can be really high-valued items.”

Robbery is the least of San Franciscans’ worries. “Larceny has seen a dramatic uptick in San Francisco, with police reporting 5,770 cases so far this year, a 27 percent rise since the same period last year,” The Daily Mail reports. “Assaults have also gone up by 6.6 percent, with 434 cases reported so far compared to the 407 last year, and rape has also shot up by 11.4 percent, with 39 cases reported.”

What happened to the town that Tony Bennett sang about in his 1953 ballad?

Well, the last time San Francisco had a Republican mayor was Christopher George, who served his last turn in office in 1964.

Nassau County and Fishers are a little different: Fed-up voters swept Republicans into office last November over the Democrat-led laws that would make their region a magnet for global crime.

Fishers, Indiana, is run by a Republican mayor, and the state has a Republican governor… but their city shows how national policies may be destroying local communities.

A concerned citizen claims they saw planes full of illegal immigrants—which could include caravans of criminals—being shipped all over the country by the Biden administration.

They reportedly called up the Capitol and spoke to an aide to Indiana Gov. Eric Holcomb, who said, in effect, your guess is as good as mine.

“All she would say was ‘they (the feds) don’t have to ask and they don’t have to tell’ when I asked if any illegal immigrants were being placed in Indiana,” the citizen writes in The Kokomo Tribune. “I asked again and received the same words. She would not say more.”

The governor’s office can’t say more; they don’t know more. No one does. It seems the Biden administration flies illegal aliens all over the country in the dead of night to keep people from finding out what’s happening.

Their first clue could be when they hear shattering glass in their bedroom window.

And by then, it’s too late.