The oldest sea otter in captivity passes away (how old!?) - The Horn News 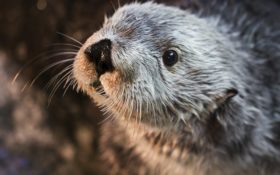 Charlie, the oldest southern sea otter held by any zoo or aquarium, has died in California.

The Aquarium of the Pacific in Long Beach says Charlie died Monday at the age of 22.

Male southern sea otters typically only live 10 to 14 years in the wild.

Charlie helped sea otters by taking part in a study on how the animals perceive sound.

The aquarium lost another otter in January. Brook, a female, was 21 when she died of congestive heart failure.

California’s sea otters are considered threatened. Hunting in the 18th and 19th centuries nearly wiped them out.

Conservation efforts have brought the population to about 3,000 but otters still face threats such as pollution and habitat loss.