I QUIT! First Democrat drops OUT of the 2020 race - The Horn News 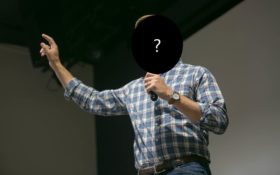 The first person has dropped out of the 2020 Democratic presidential race.

According to polling, the majority of Americans never even knew who he was. Fox News reported that Swalwell failed to poll at one percent among primary and caucus voters.

“I promised my family and my constituents that I’d be honest about our chances,” he later told CNN’s Erin Burnett. “And after the debates, and as the fundraising quarter closed, it just wasn’t there. And if we didn’t see a path to winning, there was no other reason to stay in.”

Swalwell centered the majority of his campaign around gun control, which failed to resonate with voters.

His biggest moment on the short campaign trail was this response when asked by VICE News why another “white guy” should run for president.

Swalwell, being a Democrat, used his words carefully.

I may be "another white guy," but I know where there are gaps in my knowledge or my experience and I know when to pass the mic. pic.twitter.com/jMYBwF97xY

But if that response wasn’t going to capture voters, at least he’s letting fellow liberals know that he’s a dog owner.

I have been dismayed that many of the articles discussing candidates' dogs have not used an image of our Penny. Hopefully this photo will turn the tide…

I won't give up until Penny gets the attention she deserves, so please stand by for more pup pics. pic.twitter.com/pP7R9s8V1E