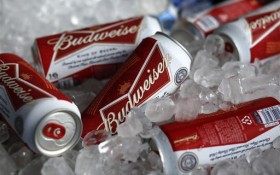 LONDON (AP) — SABMiller is meeting with investors to underscore its strength as an independent company, as the world’s second-biggest brewer seeks to head off a takeover by larger rival Anheuser-Busch InBev.

In a statement released Friday in London, SABMiller says the meetings will highlight accelerating growth and plans to cut $1.05 billion of costs by March 2020, more than double the previous target of $500 million two years earlier.

The announcement comes two days after AB InBev, the maker of Budweiser, offered to buy SABMiller for more than 68 billion pounds ($104 billion). SABMiller rejected the offer, saying it undervalued the company.

The deal would create a company with 31 percent of the global beer market.