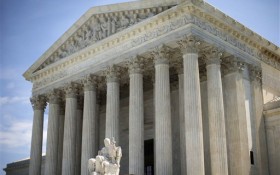 The Supreme Court returned Monday, and some decisions loom large for the highest court in the land. Now that the dust has settled over President Donald Trump’s most recent nominee, Justice Brett Kavanaugh, the court is ready to get back to the real matters at hand.

Here are the four most important legal battles you need to watch out for: