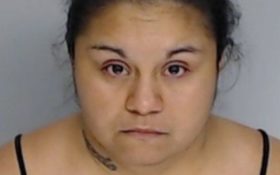 Authorities say a Texas mother with a drug debt to settle is accused of selling her 7-year-old son for $2,500.

The Texas Department of Public Safety said Tuesday that 29-year-old Esmeralda Garza of Corpus Christi was arrested last week. Jail records did not list an attorney for her.

The Corpus Christi Caller-Times reports a woman told investigators she bought the boy for $2,500. An arrest report says Garza said she and her boyfriend owed drug money and the child was given to the woman for $500, the clearing of the debt and an additional $700 when the “custody paperwork” was signed.

DPS agents executed a search warrant at a home in Nueces County and found the boy. Authorities say Garza was in the process of selling her two daughters, ages 2 and 3.