Tennessee man’s run for mayor has a twist – he’s banned from city hall! - The Horn News 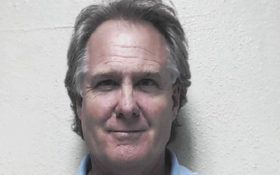 He’s banned from City Hall by a court restraining order but that’s not stopping a man from running for mayor of a Tennessee city.

The Tennessean reports 59-year-old Derek Dodson qualified to run for mayor of Lebanon, Tennessee. Though he hasn’t actively campaigned so far, Dodson vowed to use his candidacy to speak out against incumbent Mayor Philip Craighead, who’s seeking re-election.

The restraining order followed a Feb. 11 special Lebanon council meeting in which comments weren’t allowed. Officials say Dodson spoke anyway in what they called an outburst.

Craighead hasn’t commented on Dodson’s candidacy. Since the restraining order, he says, “we were able to have council meetings and run them with a lot more dignity than before.”

A Lebanon councilman is also running for mayor.