Teenager rescued after being stuck in chimney - The Horn News 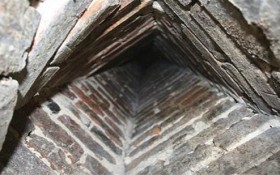 A teenager has been safely rescued without injury after becoming stuck in the chimney of a Phoenix home.

Authorities say the 17-year-old girl and a friend were locked out of her home Wednesday night and tried to climb in through the chimney on the roof.

Firefighters say she became stuck above the chimney’s flue and used her phone to call 911 and her sister.

Phoenix firefighters were called to the home near 17th Avenue and Baseline Road around 5 p.m.

Firefighters say she was inside the chimney for about 45 minutes and remained in contact with rescue personnel.

Firefighters climbed onto the roof and were able to lift out the girl, who was not identified.

Authorities say she had no visible injuries but was transported to a hospital for evaluation.