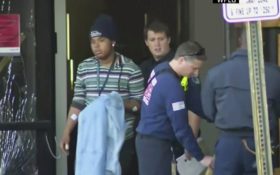 Officials say a teen has been freed after spending more than three hours in the vault of an abandoned Florida bank.

News outlets report that Hollywood firefighters tried to drill through a wall to break into the vault Wednesday afternoon after the 17-year-old’s friend called 911.

But they were stymied until a worker at the bank’s new branch across the street heard of the predicament. That worker remembered the code and was able to open the vault’s massive door.

Officials say the two teens were exploring the vacant Bank of America building when one of them got stuck. Luckily, the other was on the outside and able to call for help.

The teens’ parents were called and authorities released the boys to them. No charges were immediately reported.