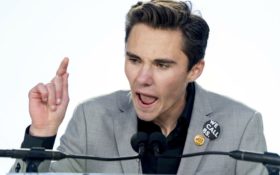 One of the Parkland, Florida, school shooting survivors campaigning for gun controls has suggested he plans a protest against FedEx.

Activist David Hogg tweeted Wednesday, “See you this summer,” with a smiley face emoji, “1000 Ridgeway Loop Memphis, Tennessee.” The teenager is among the Marjory Stoneman Douglas High School students who have helped lead the movement after the shooting there Feb. 14.

FedEx is a tenant of a building with the address but its headquarters is at another Memphis location.

News outlets report the company released a statement that did not mention Hogg but said its discount program is not for the National Rifle Association itself but for NRA members.

Hogg has been a vocal critic of President Trump and frequently tweets nasty comments about law-abiding gun owners.