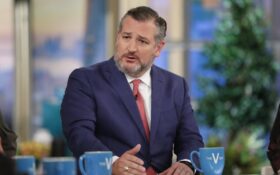 The Dallas Cowboys easily triumphed over the Tampa Bay Buccaneers in the NFL playoff Wild Card round, and now the Cowboys set a date for their upcoming match against the San Francisco 49ers.

The Texas Republican responded, “How about we bet a Chinese dinner instead?”

Cruz was referring to Swalwell’s long scandal over Chinese espionage. While in Congress, Swalwell was possibly sleeping with a Chinese national named Christine Fang, a suspected spy for the People’s Republic of China. He was also reportedly relying on her fundraising operation.

In 2020, one staffer told Axios that Fang had been fundraising for Swalwell’s 2014 campaign, with the campaign’s knowledge. The staffer denied any illegal activity, like taking campaign contributions from foreign nationals.

Cruz’ clever comeback quickly went viral and he spawned some memes, too.

Swalwell has yet to respond.

Swalwell has gone viral on Twitter before. In 2021, Swalwell — a sitting member of Congress — sicced his thousands of followers on a conservative for sending him a death wish. He tweeted the conservative’s name, occupation, and current city — an unethical move called “doxxing.”

The California representative remains best known for his failed presidential campaign in 2020.