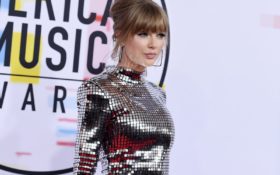 Taylor Swift has donated $15,500 to a GoFundMe account of a fan whose family is struggling with medical bills.

Sadie Bartell’s mother has been in a coma for three years, and the family is worried about losing their Orem, Utah, home because of mounting medical bills. The 19-year-old tweeted that her mother became ill two days before she went to see Swift in a concert.

Others followed the singer’s lead and donated.

Bartell tweeted “Taylor really actually donated to me and followed me and liked my thank you to her like that actually happened it’s my life it’s real.”