Target to start closing stores every Thanksgiving - The Horn News 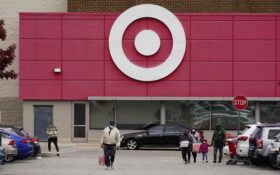 Target will no longer open its stores on Thanksgiving Day, making permanent a shift to the unofficial start of the holiday season that was suspended during the pandemic.

To limit crowds in stores, retailers last year were forced to turn what had become a weekend shopping blitz into an extended event, with big holiday discounts beginning as early as October.

That forced shift appears to have been fortuitous.

U.S. holiday sales last November and December rose 8.2% in 2020 from the previous year, according to The National Retail Federation, the nation’s largest retail trade group. The trade group predicts 2021 could shatter that record, growing between 8.5% and 10.5%.

Americans, able to get the same offers over a broader timespan and relieved from some of the stresses that go hand in hand with the holidays, appeared to embrace the change, which has also resonated with workers, Target said.

“What started as a temporary measure driven by the pandemic is now our new standard — one that recognizes our ability to deliver on our guests’ holiday wishes both within and well beyond store hours,” Target CEO Brian Cornell wrote in a note to employees. “You don’t have to wonder whether this is the last Thanksgiving you’ll spend with family and friends for a while, because Thanksgiving store hours are one thing we won’t ‘get back to’ when the pandemic finally subsides.”

Target is the first major retailer to make such a permanent move during the pandemic, and its decision could push other retailers to follow in its path, says Ken Perkins, president of Retail Metrics a retail research firm. He believes retailers are also looking at whether it’s worth spending money on labor and other costs to open on Thanksgiving when shoppers are turning more to online shopping and away from physical stores.

“With all these online shopping opportunities, is it really necessary to open on Thanksgiving?” Perkins said.

Macy’s, which will not open its stores again for Thanksgiving this year, only said that its curbside pickup service will be available at select locations. Kohl’s and Walmart will also be closed on Thursday, but Walmart said it hasn’t made a decision yet on the future of Thanksgiving Day store shopping; Kohl’s declined to comment.

Target said that distribution and call centers will have some staff on Thanksgiving, and they will collect holiday pay.

The holiday shopping season started to creep into Thanksgiving Day 20 years ago when retailers began kicking off sales into the wee hours of the morning on Black Friday. Ten years later, Target and other major stores opened their doors on the holiday itself, creating a new shopping tradition.

Many did so to compete with Amazon and other rising online threats. At its peak five years ago, about 25 chain stores ushered in crowds at its physical stores on Thanksgiving, according to Julie Ramhold, consumer analyst with DealNews.com.

But the shift seemed to merely cannibalize Black Friday sale, with big crowds showing up for door buster deals on Thanksgiving. The shopping event was diluted further when stores began marketing Black Friday deals for the entire holiday week and then later for the entire month of November.

Big retailers suffered blowback from critics who said thousands of people were forced to work rather than being with family during the holiday. Crowds started to also diminish for Thanksgiving Day in recent years, too, and the number of retail chains and malls, including Mall of America in Minnesota, stopped the practice. That whittled the number of stores open on the holiday down to well under 20 major chains, excluding pharmacies and grocers that remain open for a least for a few hours.

Some, like Costco and Nordstrom, never opened their doors during the holiday, saying they wanted to respect the holiday.

Thanksgiving had historically not been a big sales day; it never makes it into the top 10 because stores usually opened their doors around 5 p.m.

However, it’s been a big online shopping day. For the past two years, the holiday trailed only Cyber Monday and Black Friday in online sales, according to the Adobe Digital Economy Index.