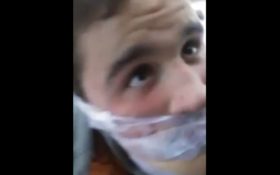 Four black people charged with a hate crime in an attack on a white mentally disabled man that was shown live on Facebook are expected to enter pleas during a court hearing.

The four whose hearings are scheduled for Friday in Chicago have been in custody since early January. At their first hearing, a judge called them a danger to society and refused to allow them to post bail.

The case gained international attention because the attack was captured by a cellphone camera and shown on Facebook Live. On the video, the suspects are seen beating the schizophrenic victim and can be heard taunting him and shouting profanities against white people and then-President-elect Donald Trump.

The four also face aggravated kidnapping and other charges.