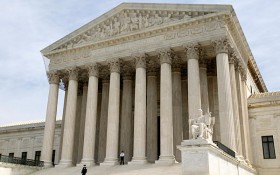 The hospitals – two with Catholic affiliation and one with Lutheran ties – had argued that their pensions are “church plans” that are exempt from the law and have been treated as such for decades by federal officials.

Workers asserted that Congress never meant to exempt massive hospital systems that employ tens of thousands of workers. They said the hospitals are dodging legal safeguards that could jeopardize their benefits.

Pension plans are required to be fully funded and insured under federal law, but Congress carved out narrow exemptions for churches and other religious organizations. The hospitals claimed the law also exempts plans associated with or controlled by a church, whether or not it was created by a church in the first place.

Writing for the court, Justice Elena Kagan said a pension plan operated by a religiously affiliated hospital is exempt from the law “regardless of who established it.”

The federal government has long agreed with the hospitals’ understanding of the law. Agencies including the IRS and the Labor Department have assured them for more than 30 years that they are exempt from traditional pension rules.

But three federal appeals courts had ruled against the hospitals -Illinois-based Advocate Health Care Network, California-based Dignity Health and New Jersey-based Saint Peter’s Healthcare System. The hospitals appealed, warning that the rulings could expose them to billions of dollars in liability.

Together, the three hospitals employ about 100,000 workers. But about a million workers around the country work for similar nonprofits that have been exempt from pension funding requirements.

Justice Neil Gorsuch did not participate in the ruling, which was argued before he joined the court.