Superbug deaths surged during the pandemic - The Horn News 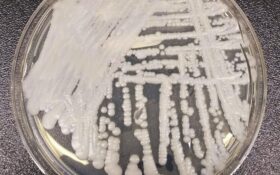 The toll of drug-resistant “superbug” infections worsened during the first year of the COVID-19 pandemic, U.S. health officials said Tuesday.

After years of decline, 2020 ushered in a 15% increase in hospital infections and deaths caused by some of the most worrisome bacterial infections, according to a Centers for Disease Control and Prevention report.

Dr. Arjun Srinivasan, a CDC expert, called it “a startling reversal” that he hopes was a one-year blip.

CDC officials think several factors may have caused the rise, including how COVID-19 was treated when it first hit the U.S. in early 2020.

Antimicrobial resistance happens when germs like bacteria and fungi gain the power to fight off the drugs that were designed to kill them. The misuse of antibiotics was a big reason — unfinished or unnecessary prescriptions that didn’t kill the germs made them stronger.

Before the pandemic, health officials said U.S. superbug infections appeared to be going down. Deaths fell 18% between 2012 and 2017, when about 36,000 Americans died from drug-resistant infections. The government credited hospitals for using antibiotics more judiciously, and for isolating patients who might spread the germs.

The CDC doesn’t have 2020 data on all superbugs, partly because health officials had to focus on COVID-19. But it does have data from seven kinds of bacterial and fungal infections that were detected in hospital patients, including MRSA and a bug called CRE that’s known as “the nightmare bacteria.”

The CDC saw increases of 15% or more in infections and deaths from that group of germs.

One possible reason: From March to October 2020, almost 80% of patients hospitalized with COVID-19 received an antibiotic, CDC officials said. Use of certain kinds of antibiotics jumped as doctors aggressively used a variety of drugs to fight not only the coronavirus but also bacterial co-infections that might sweep over their weakened patients.

By 2021, overall use of antibiotics dropped. And Srinivasan noted that the use of catheters, ventilators and other medical devices may also be down. Those devices, which are used on severely ill patients, can become inroads into patient’s bodies for drug-resistant germs.

Still, any uptick in COVID-19 hospitalizations — like the one being seen in the U.S. currently — increases that risk, he said.