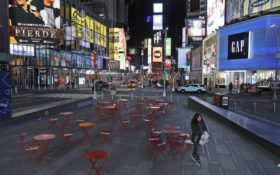 These are places meant for people.

New York’s Grand Central Terminal — a common metaphor for “busy” in much of the English-speaking world — dotted with only scattered commuters. The Grand Place in Brussels at twilight, its cobblestones so devoid of foot traffic that the streetlight reflections sprawl for yards at a time. The Eiffel Tower in Paris, abandoned, jutting into a lonely sky like some strange obelisk on a distant science-fiction planet.

When the world’s public places empty out as humanity cocoons in self-protection, Earth’s human-built and natural landmarks are freed to reveal some of their less frequently shared secrets. 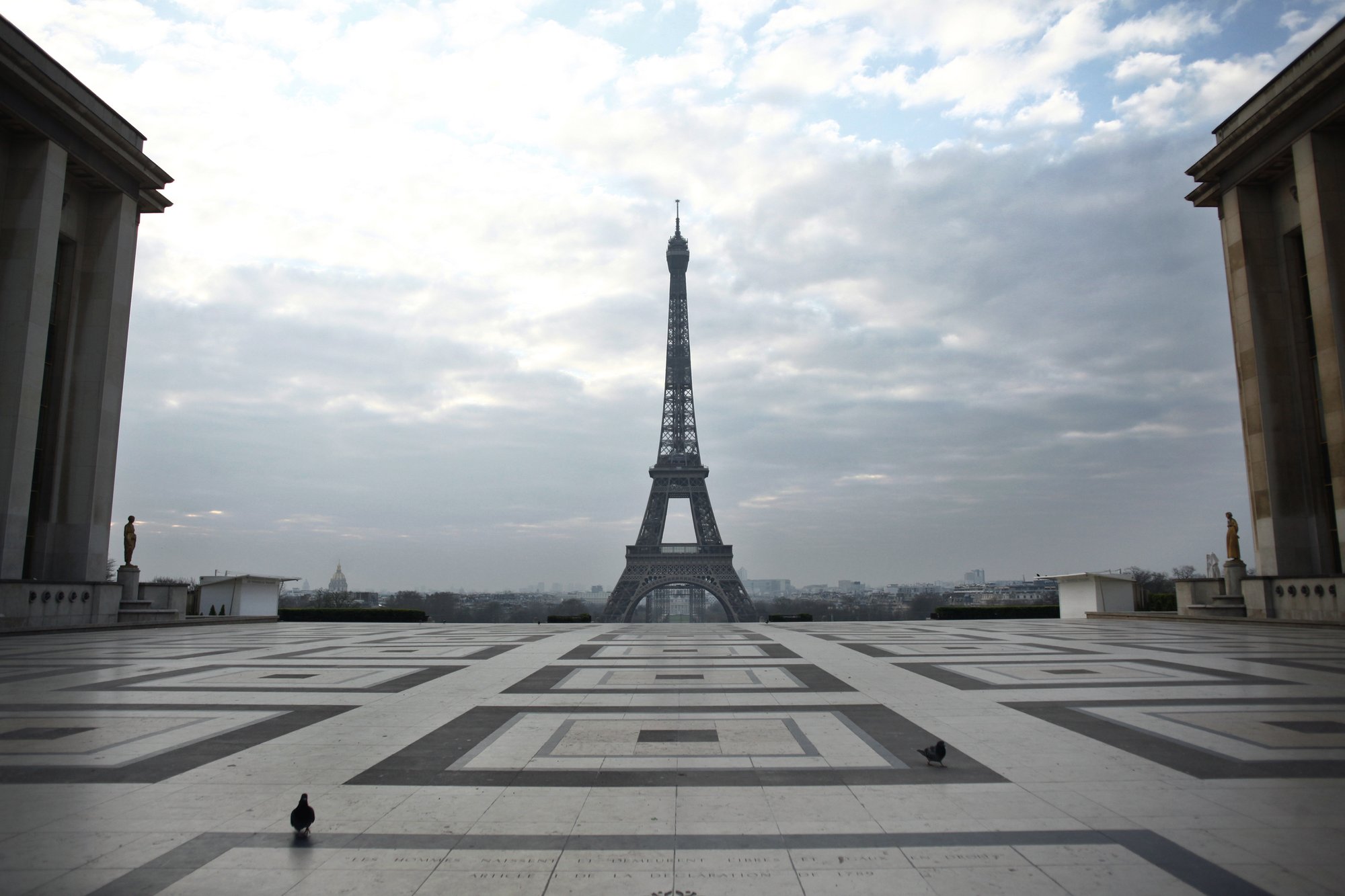 Pigeons walk on the Trocadero square in front of the Eiffel Tower, in Paris, March 18, 2020. (AP Photo/Thibault Camus)

They reveal their majesty: The curved, building-studded shoreline of Arpoador Beach in Rio de Janeiro, Brazil, seems all the more striking when framed by a single human being watching the surf.

They show how epic scale can become even more dramatic when stripped of the humans who usually populate it: A single heart, formed by the arms of two stranded South Korean tourists, frames the grandeur of the Pyramid of the Moon in Teotihuacan, Mexico, in a way no crowd ever could.

They reveal how people complete them: The glowing mega-wattage of Times Square, with empty tables in the foreground, feels utterly insufficient when it temporarily surrenders its status as the crossroads of the world. A glimpse of Las Vegas’ synthetic landscape seems irrelevant when those who flock to it turn their backs.

They reveal their need for context: The London Eye, so full of possibility when viewed from the stroll over Westminster Bridge’s crowded walkways, seems intrusive and unsettling from the same vantage point when frozen in an abandoned coronavirus moment.

Around the world, these landmarks lie empty, waiting out a tense and dispiriting historical moment. They persevere. They’re not going anywhere.

These are places meant for people, though. And the people will — we suspect, we think, we hope — return before too long. 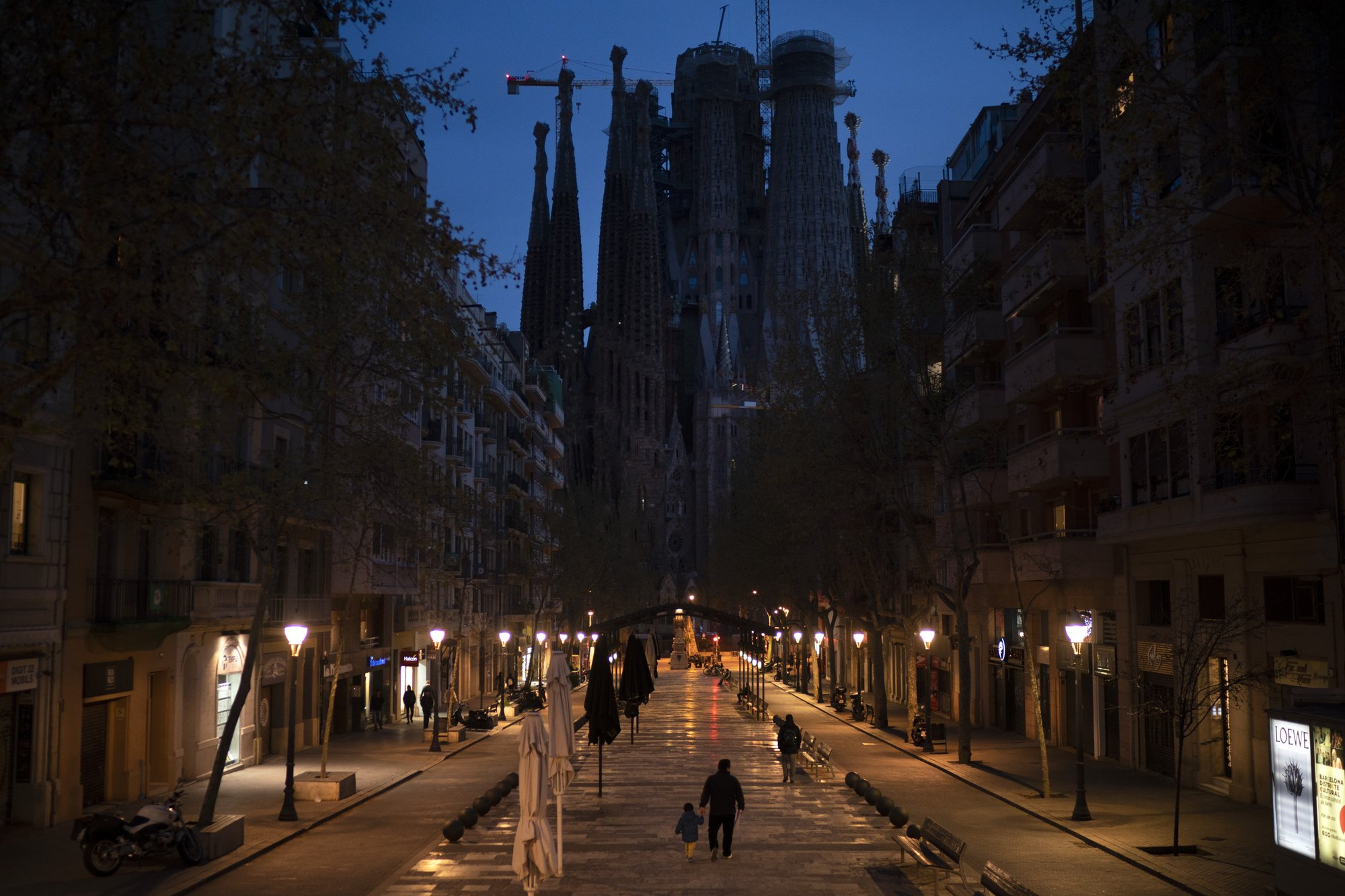 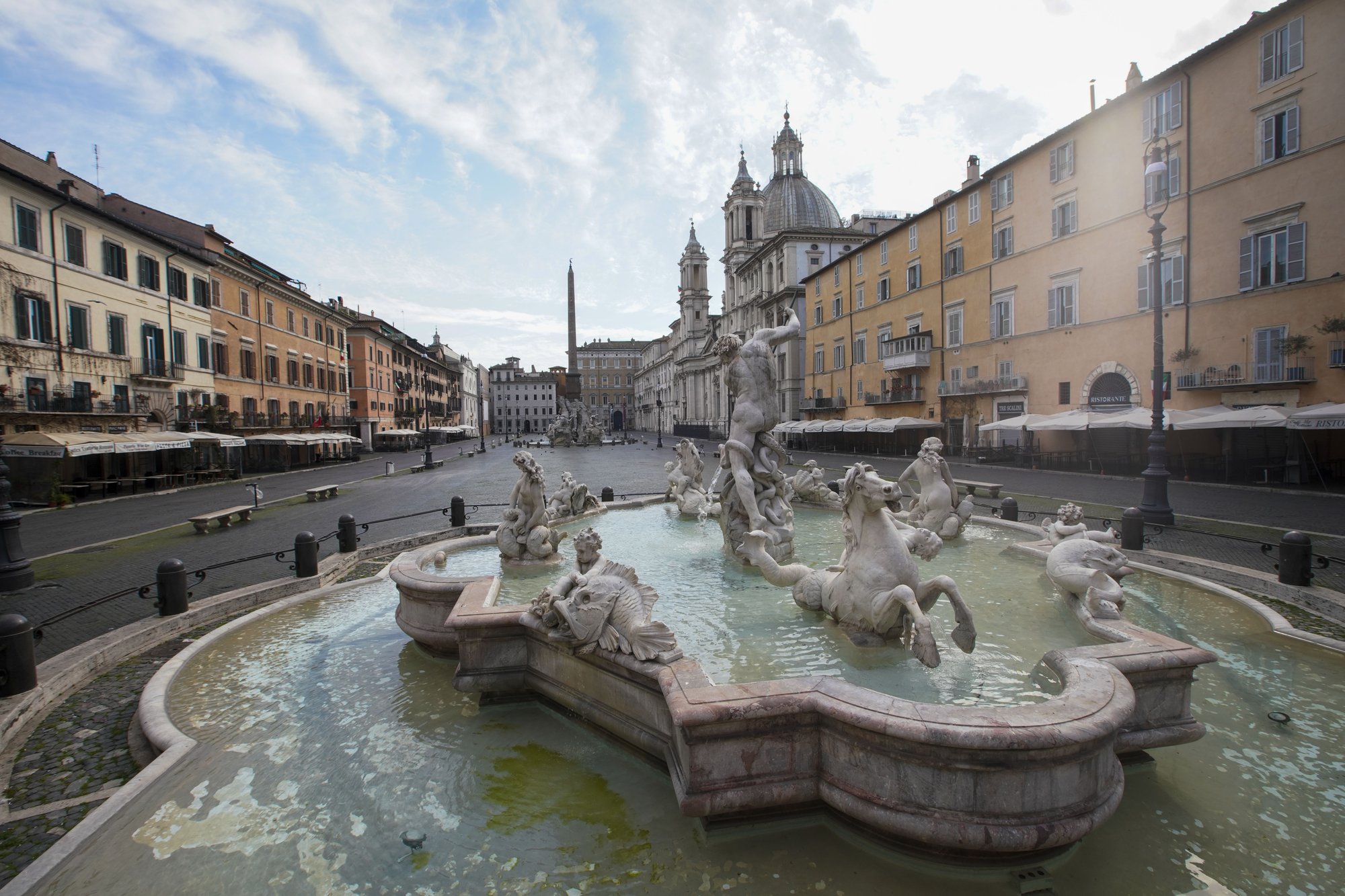 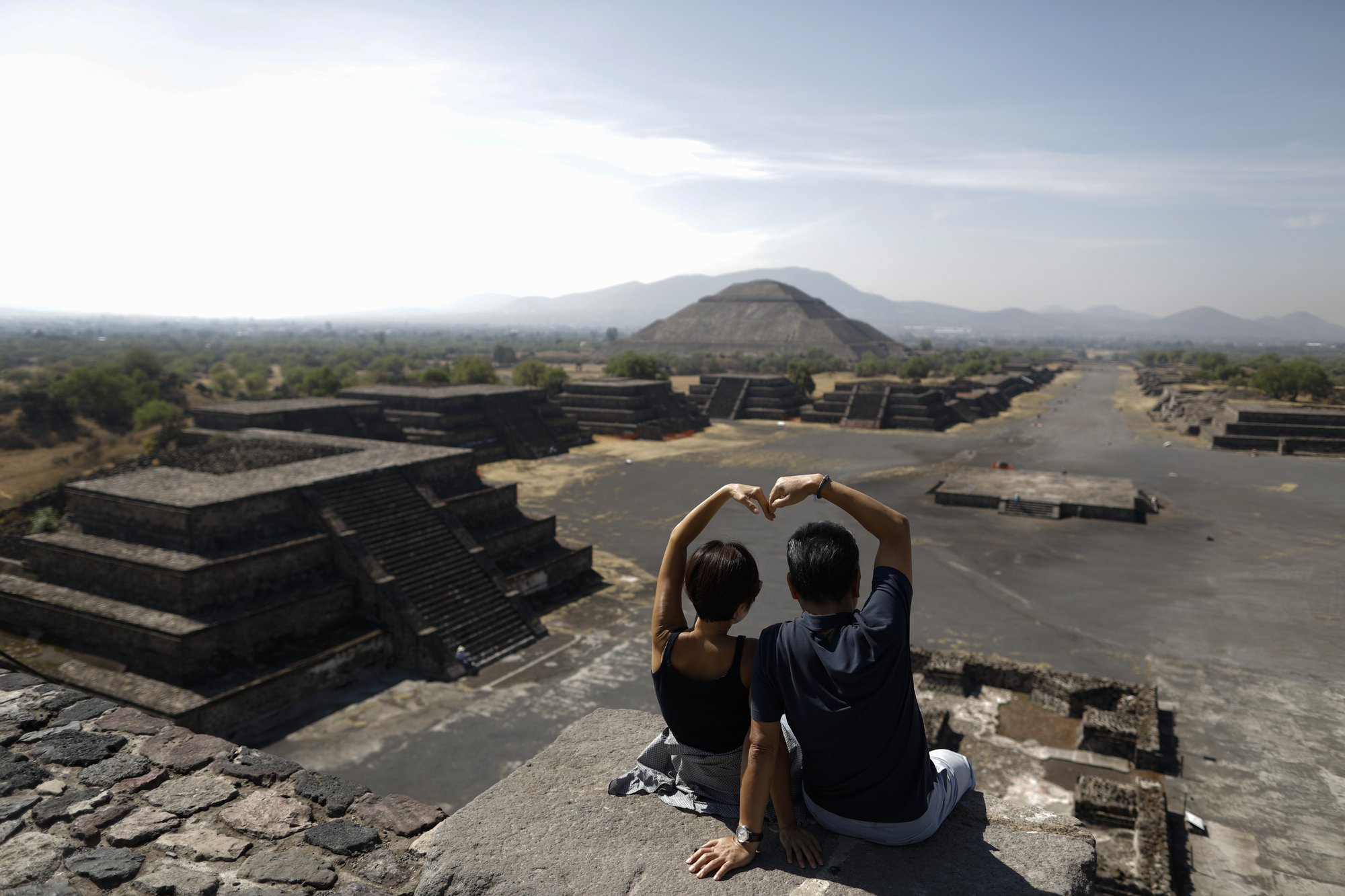 South Korean tourists Myung Hee Lee, left, and Byung Ho Im, form a heart with their hands as they pose for pictures atop the Pyramid of the Moon, in Teotihuacan, Mexico, March 19, 2020. (AP Photo/Rebecca Blackwell) 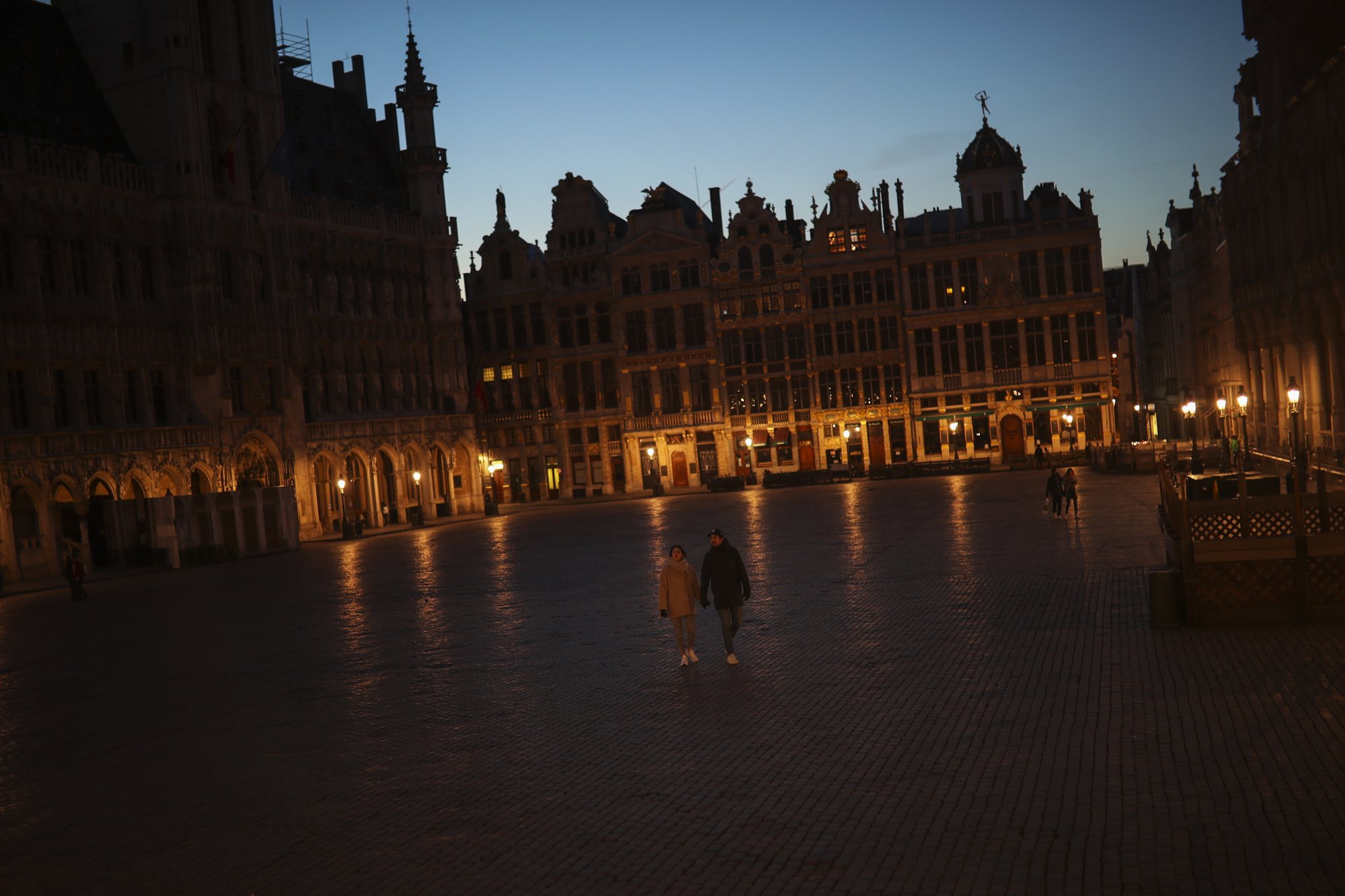 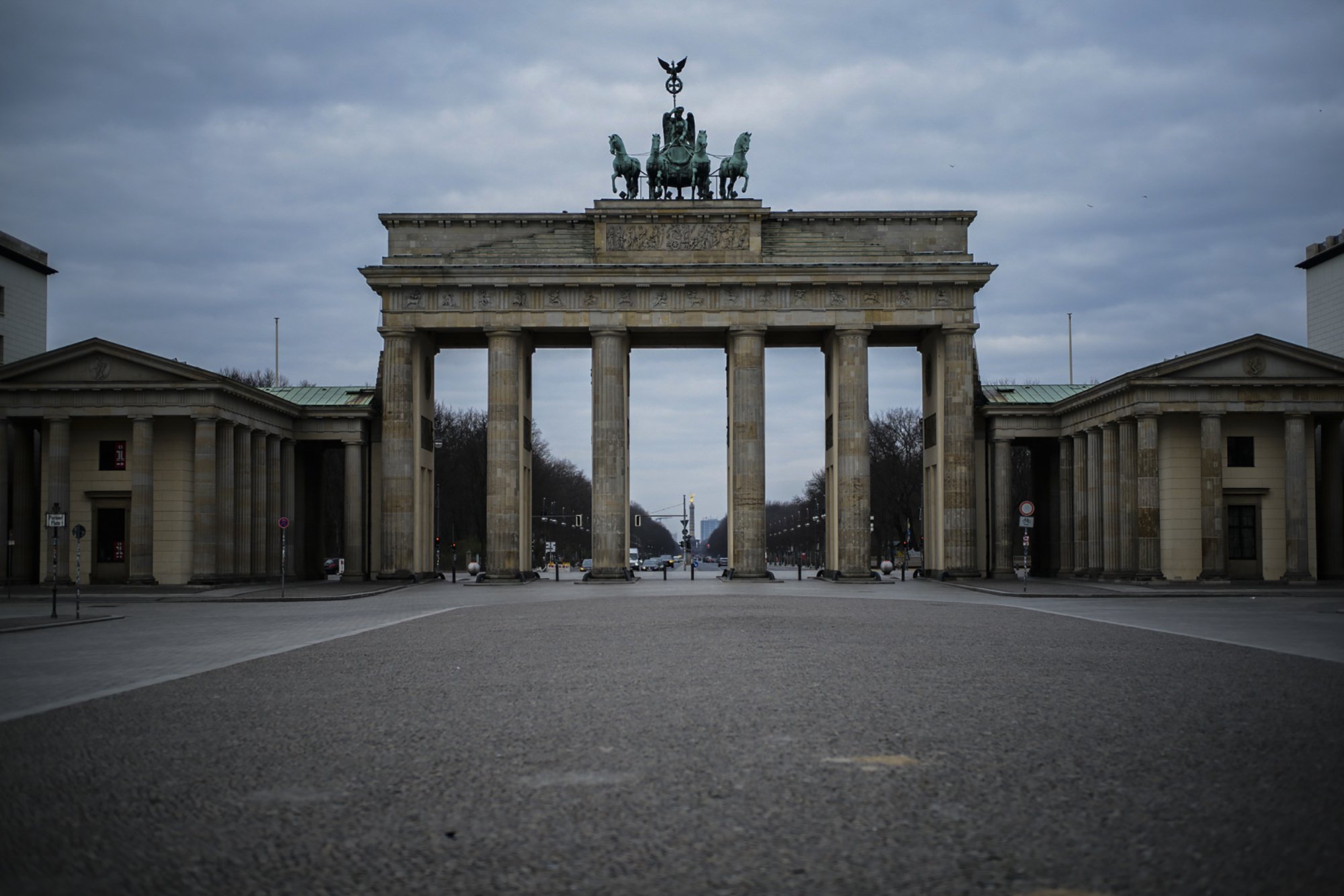 The Pariser Platz in front of the Brandenburg Gate is empty in Berlin, Germany, March 19, 2020. (AP Photo/Markus Schreiber) 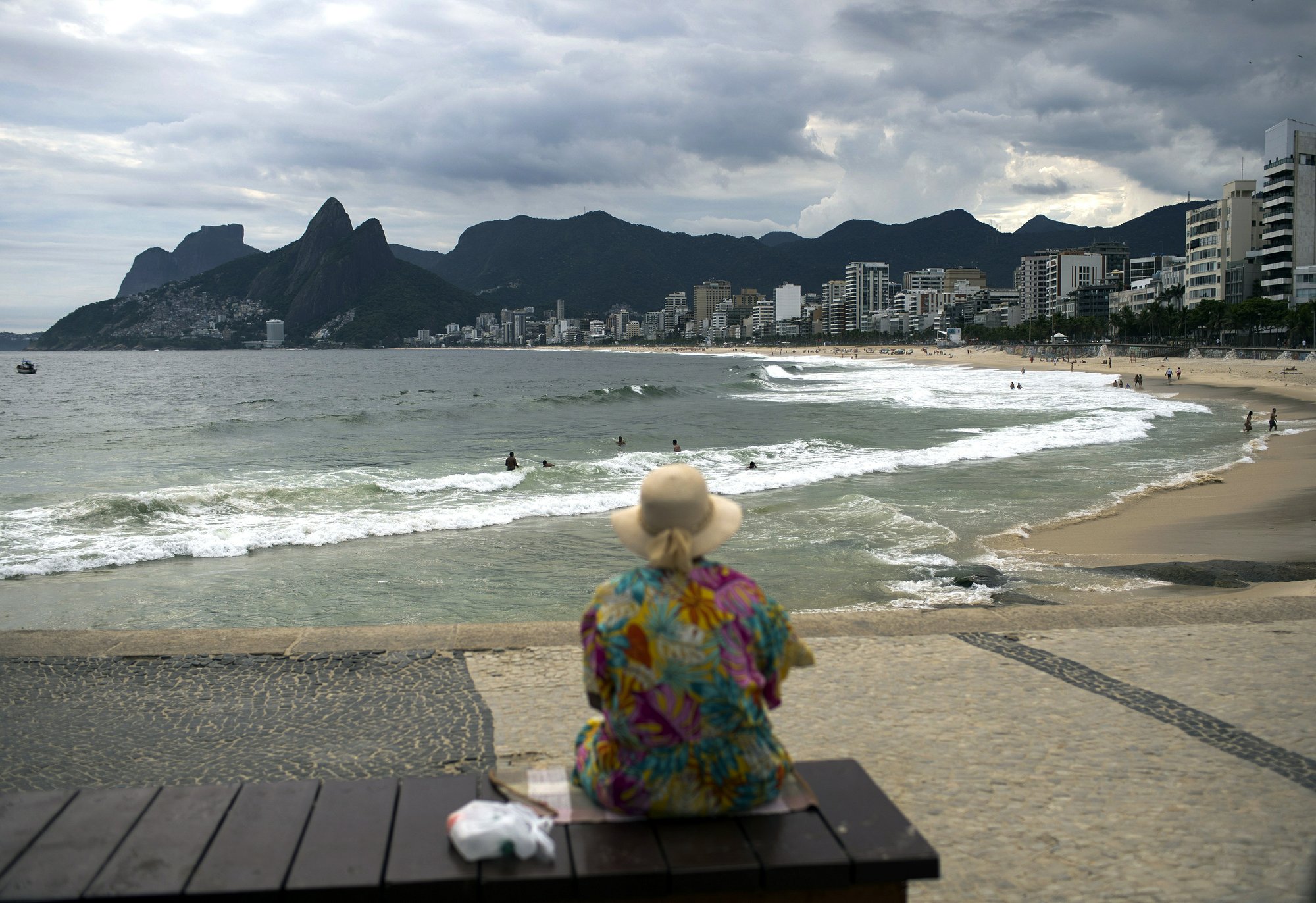 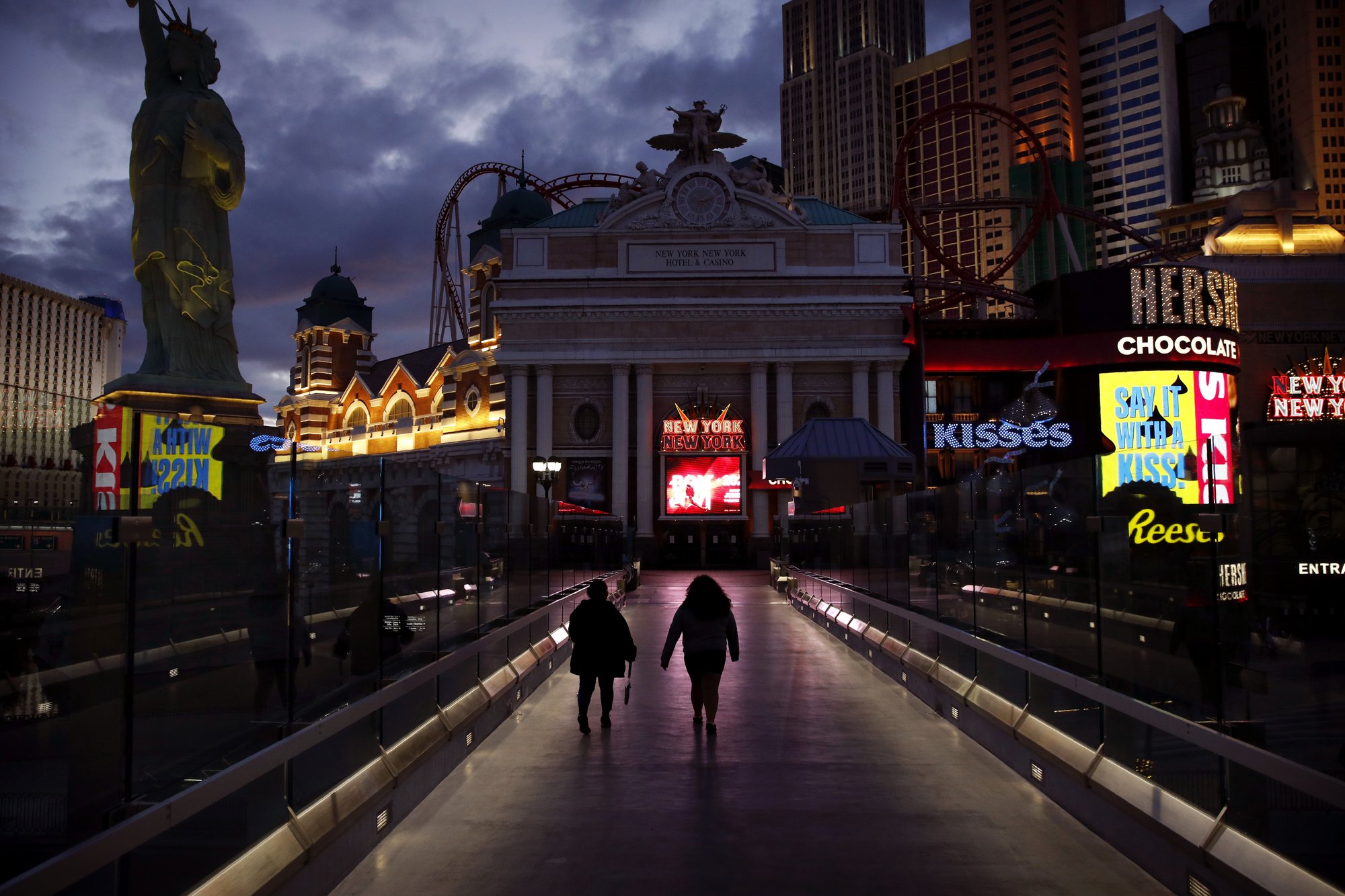 People walk along the Las Vegas Strip devoid of the usual crowds after casinos were ordered to shut down due to the coronavirus outbreak, March 18, 2020, in Las Vegas. (AP Photo/John Locher) 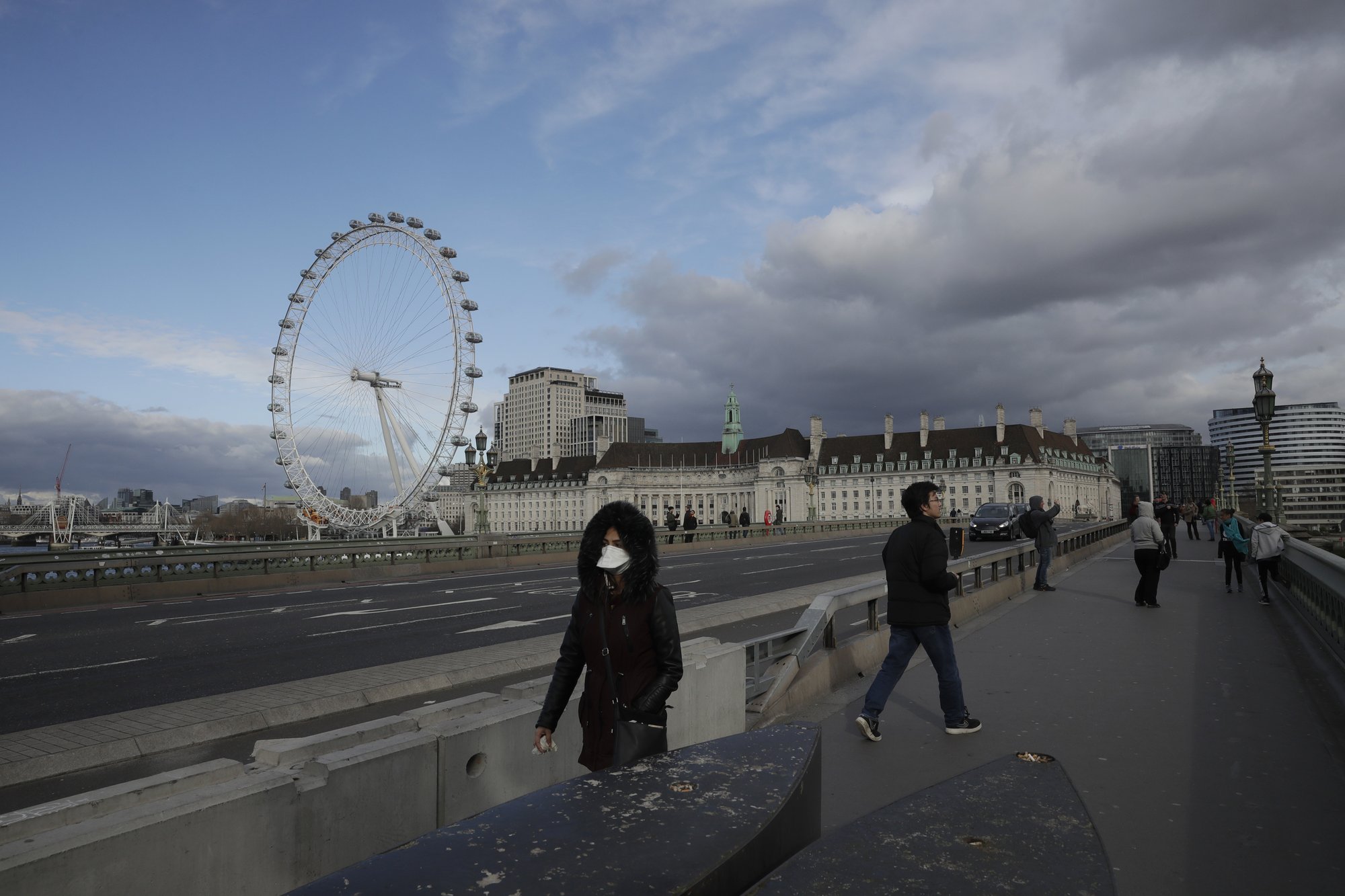 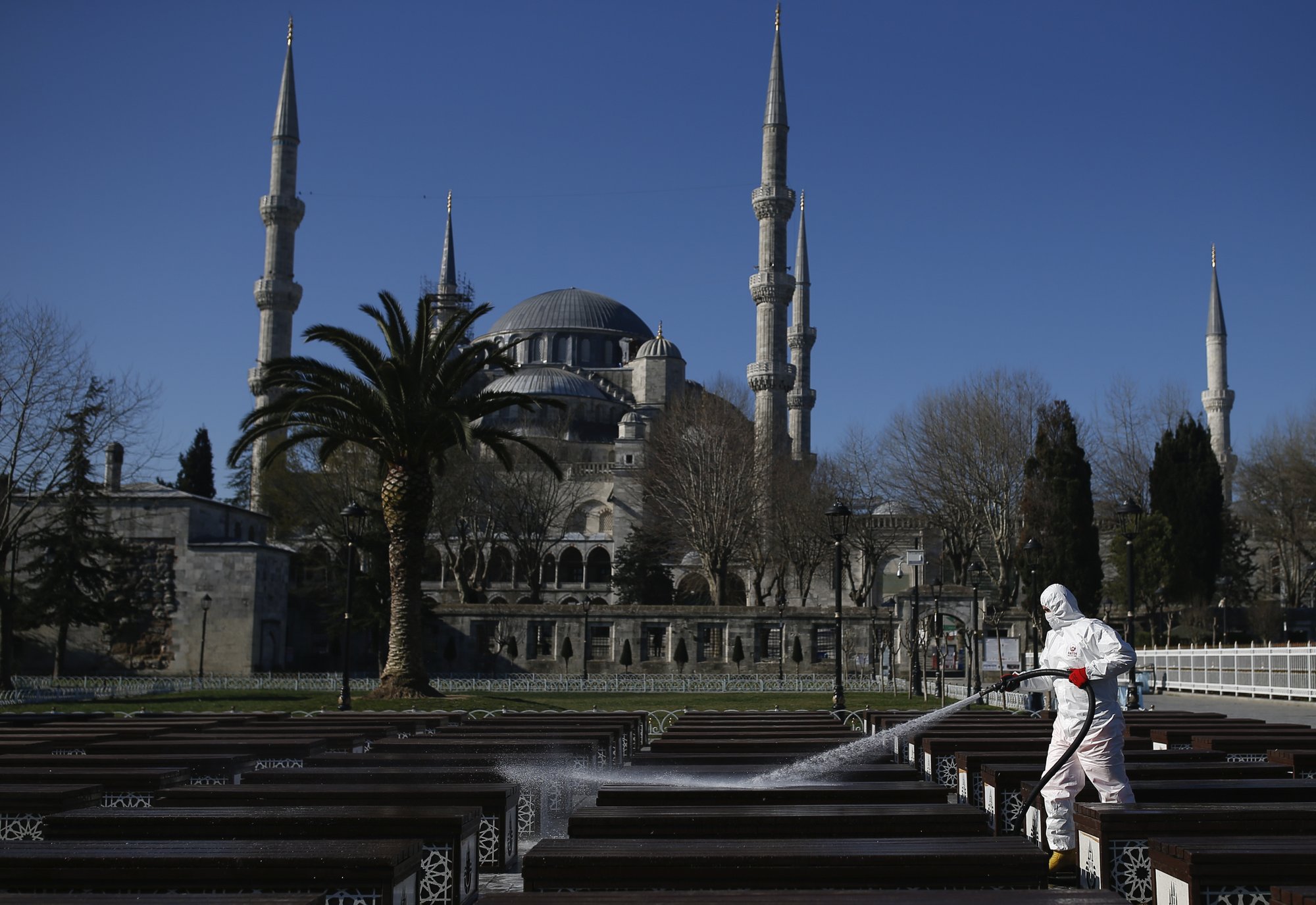 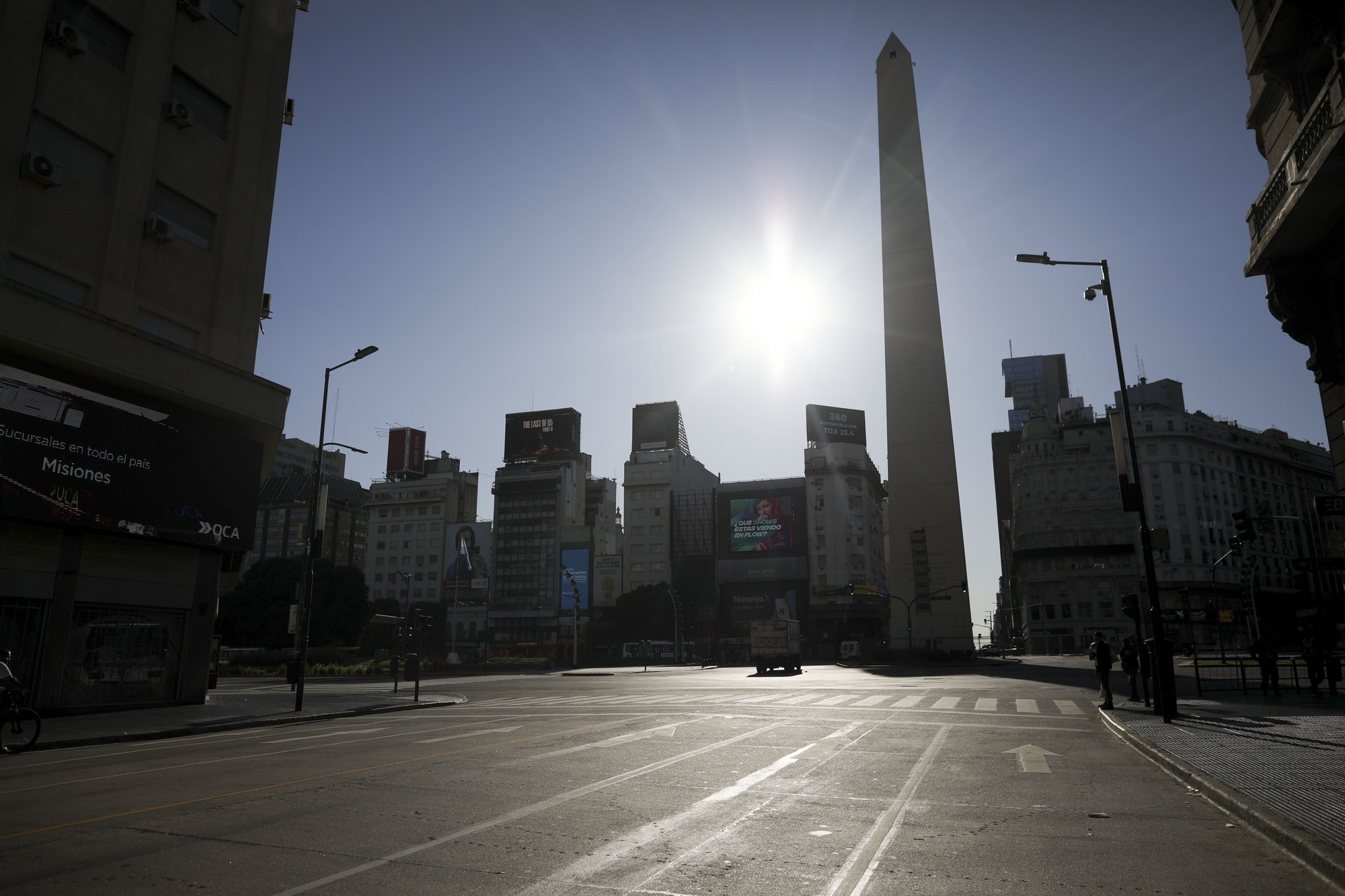 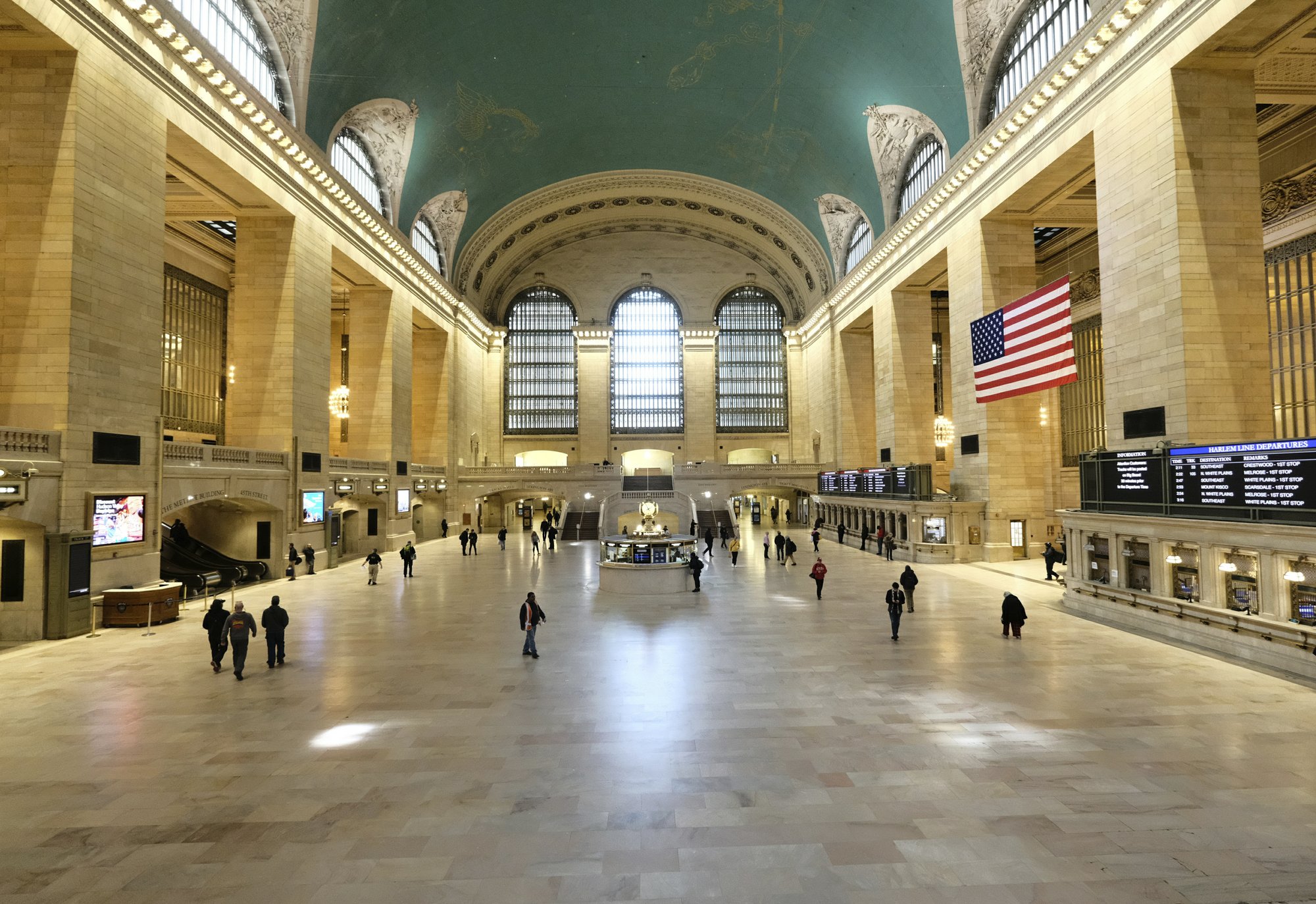