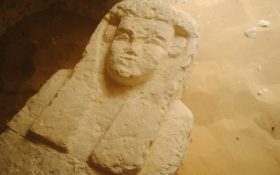 The contents of the mysterious tombs deep inside the Nile Valley had gone untouched and unseen by man for more than 2,000 years — until this week.

Egypt’s antiquities ministry says that archaeologists have discovered three tombs dating back to the Ptolemaic Period, hidden inside burial chambers.

In other words, whomever created these tombs did not want them found.

Inside, one of the tombs has a burial shaft carved in rock and leads to a chamber where anthropoid lids and four sarcophagi for two women and two men were found.

Another tomb contains two chambers; one of them has six burial holes, including one for a child.

No one knows what is hidden inside the third tomb; the archeological excavation is still underway, and it could take archeologists some time to unearth it’s secrets.

The discovery was made in the Nile Valley province of Minya south of Cairo, in an area known as al-Kamin al-Sahrawi.

Tuesday’s statement by the ministry says the unearthed sarcophagi and clay fragments suggest that the area was a large necropolis from sometime between the 27th Dynasty and the Greco-Roman period. 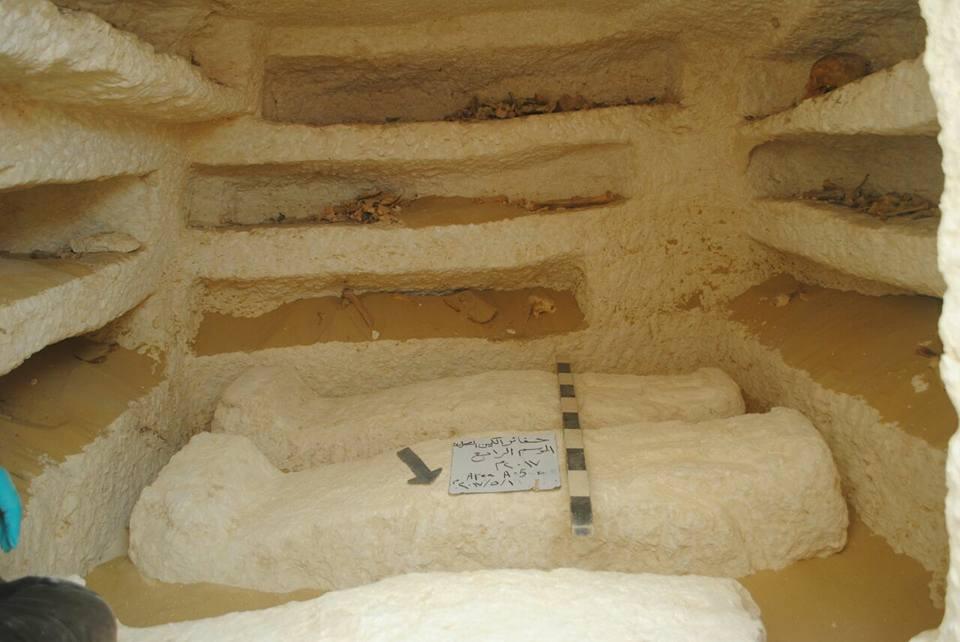 A view inside one of the tombs, from the Egyptian Ministry of Antiquities