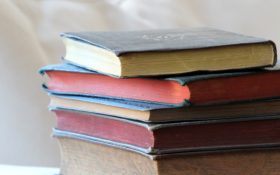 A recent Massachusetts college graduate believes she has discovered a secret message in the epic poem “Paradise Lost,” by John Milton.

The Boston Globe reports 23-year-old Miranda Phaal found what she believes to be an acrostic while reviewing the poem about the biblical story of Adam and Eve as a senior at Tufts University last year.

An acrostic uses the first letters of poem lines to spell a message.

Phaal says the first letters of eight lines in one section spell “fall” three times, referring to the falls from grace of Adam, Eve and Satan. She says it could be a coincidence, but says Milton enjoyed secret messages.

Phaal published an essay on her discovery in an academic journal in August.

Scholars have found what appear to be other “Paradise Lost” acrostics, including one discovered in 1977.