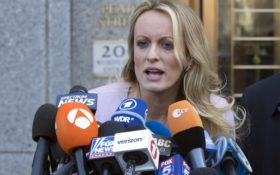 Stormy Daniels injected fresh drama into the sensational story involving herself and President Donald Trump on Tuesday, releasing an artist’s sketch of a man she says threatened her in a Las Vegas parking lot to stay quiet about her unproven, alleged sexual tryst with Trump.

The adult film actress unveiled the image on ABC’s “The View,” immediately prompting online speculation about the identity of the even-featured young man in a hoodie. Daniels says she was threatened by the man in 2011 to keep quiet about an alleged 2006 tryst with Trump.

Daniels, whose legal name is Stephanie Clifford, admits she did not tell anyone about the alleged encounter at the time. She claims it was because she would have had to reveal the alleged affair and she was afraid. 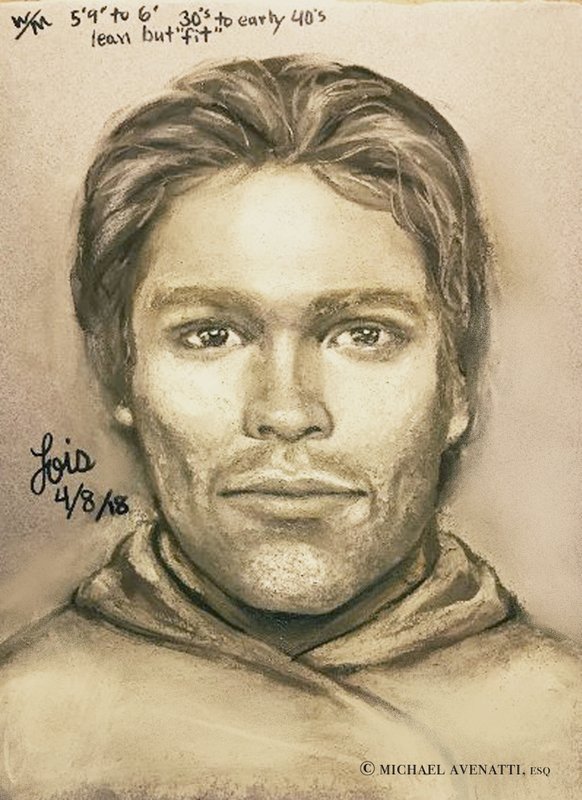 Daniels ever-changing story is that she had sex once with Trump in 2006 and that Trump’s personal attorney, Michael Cohen, paid her $130,000 days before the 2016 election for her silence.

Staying in the headlines as she seeks to invalidate a pre-election nondisclosure agreement, Daniels and her attorney, Michael Avenatti, have slowly offered more information about the alleged threat. More than a week ago, Avenatti tweeted a photo that he said showed Daniels sitting with a forensic sketch artist.

Avenatti says they are now offering $100,000 for information leading to the man’s identification.

The sketch prompted a flurry of online speculation about the person’s identity, with even some Trump allies weighing in. After a Twitter posting showed the sketch next to a photo of short-lived White House communications director Anthony Scaramucci, he responded, “I thought the description said he was 6′ 2″! I am all good.”

After Daniels first alleged she was threatened, a lawyer for Cohen demanded that she publicly apologize to his client for suggesting Cohen was involved in her intimidation.

The release of the sketch comes as Cohen is facing a federal investigation that could reveal the inner dealings of Trump’s longtime legal advisor. A U.S. District judge on Monday heard debate over what should happen to records, including multiple electronic records, seized from Cohen in a series of FBI raids.

Daniels made an appearance at that hearing and was swarmed by photographers. She nearly fell as she was hustled into the courthouse, a scene that underscored the sensational atmosphere around the case.

The proceedings took another unexpected turn on Monday when Cohen was forced to reveal that Fox News host Sean Hannity was his client. Cohen’s lawyers did not detail the type of legal work he did for Hannity, who frequently defends Trump and assails the president’s critics. On his radio show, Hannity said Cohen was never involved in any matter between him and any third party.

Trump answered questions about Daniels for the first time recently, saying he had no knowledge of the payment made by Cohen and didn’t know where Cohen had gotten the money.

The White House has consistently said Trump denies the affair, and Daniels has never provided any evidence of her claims.