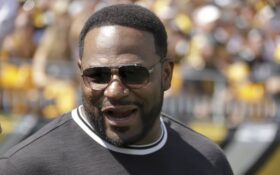 Hall of Fame running back Jerome Bettis has filed a racial discrimination lawsuit against a Pittsburgh company he had promoted for its commitment to diversity.

The lawsuit was filed in U.S. District Court in Pennsylvania, western district. It cites breach of contract and seeks $66 million in damages.

EQT has denied wrongdoing, alleging IntegrServ mismanaged its part of the contract.

“Especially in times like these, we had to file the lawsuit because everyone deserves to be treated fairly and that simply didn’t happen here,” Bettis said.

According to the lawsuit, EQT agreed with two of Bettis’ white partners to supply services that were previously contracted to IntegrServ.